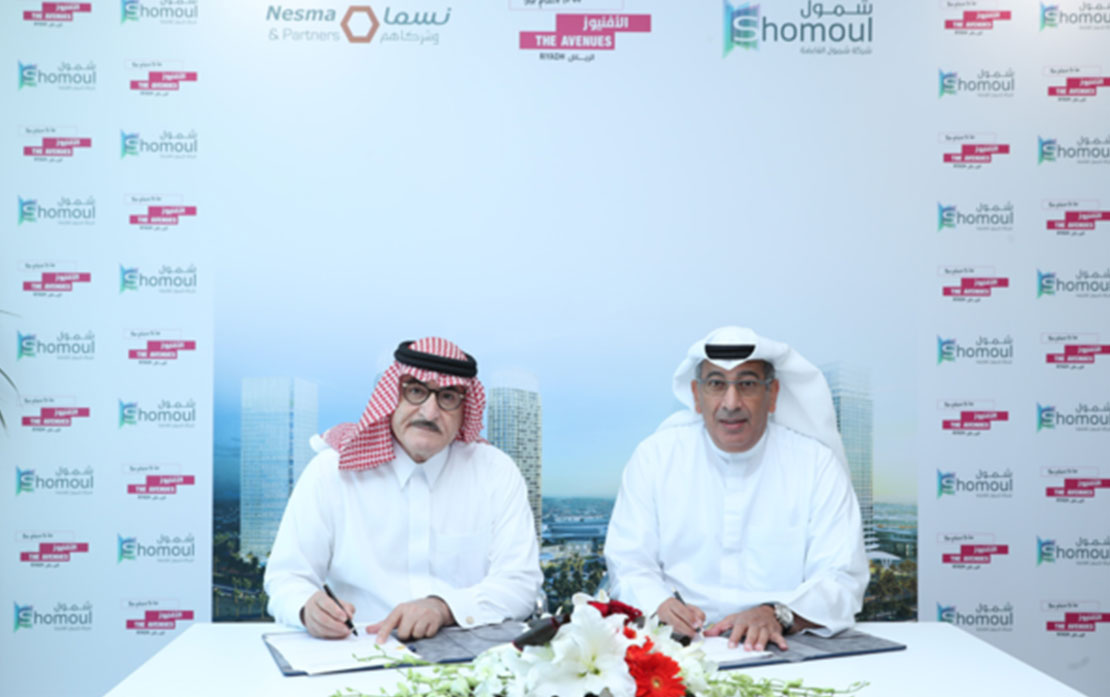 Shomoul Commercial Company, a subsidiary of Shomoul Holding, has announced awarding the first design and construction phase of The Avenues-Riyadh project to Nesma & Partners Contracting Company Ltd, in a $1.6 billion deal.
The deal was initiated by a letter of intent valued at $18 million signed by Waleed Alsharian, CEO at Shomoul Holding, and Abdul Aziz bin Ali Al-Turki, chairman at Nesma &Partners.

Alsharian expressed happiness over awarding the project to “one of the Kingdom’s largest contractors known for completing major construction projects in Saudi Arabia and the GCC.” He said The Avenues-Riyadh is expected to become one of the world’s largest shopping malls and a prominent landmark in Riyadh.

Al-Turki said the deal presents an opportunity that will allow the two entities to work together as a team toward implementing the project as well as other potential prominent ventures in Saudi Arabia.
The project will cover an area of 1.9 million square meters, and will feature a shopping mall with an area of 400,000 square meters, which will house more than 1,300 stores, in addition to five towers with commercial and residential facilities and four hotels.