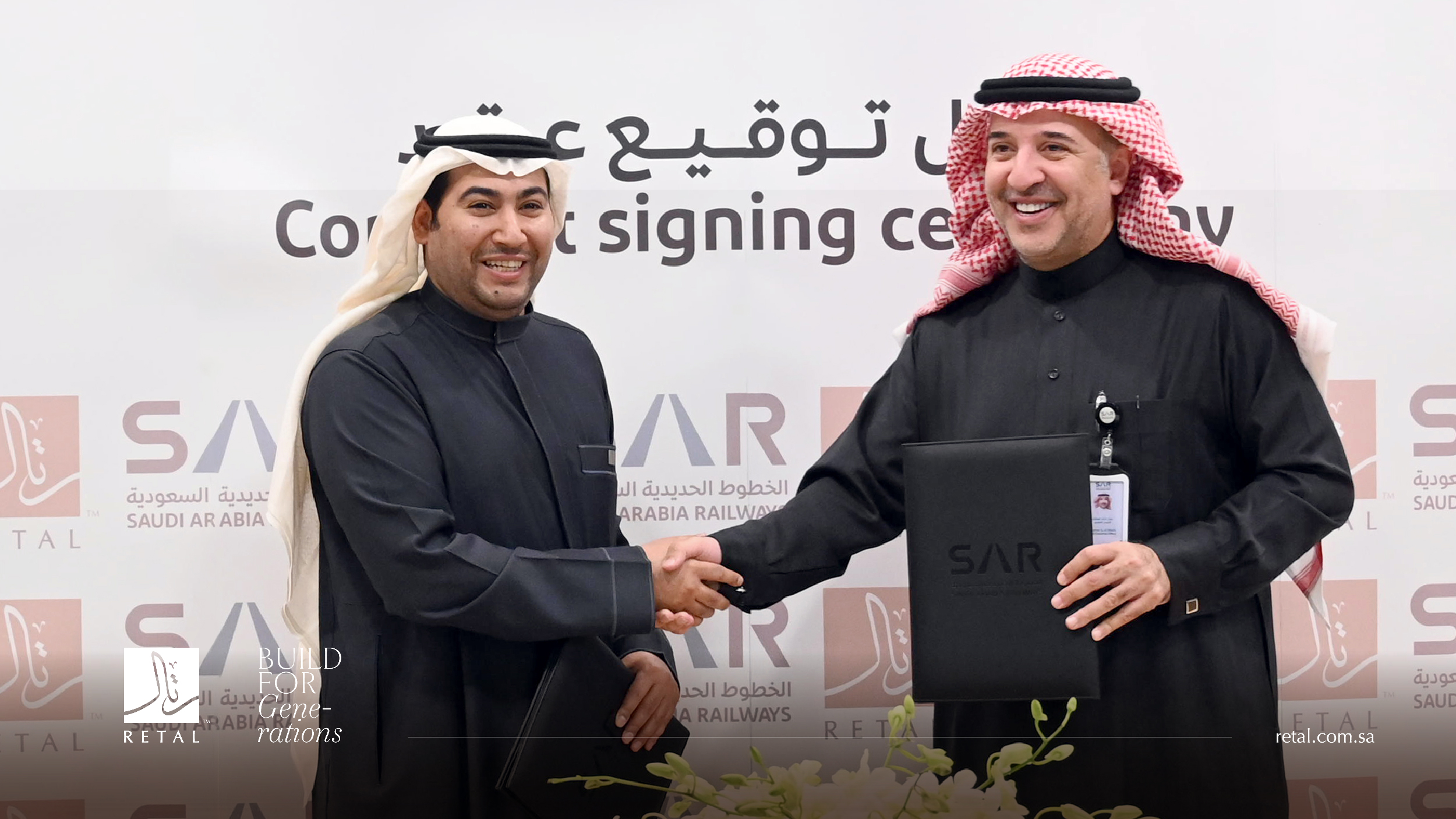 Retal Urban Development concluded an agreement with the Saudi Railways "SAR" in a partnership that is the first of its kind with the private sector. The agreement will bring many benefits to the city's urban lifestyle, especially with a major developer such as Retal.

The agreement will result in the development of the first project, which is a multi-featured entertainment commercial/center in the heart of Al-Ahsa, next to the Hofuf train station. The project aims to create an entertainment commercial destination for the city's residents, visitors, and travelers, improving the city’s service quality. It extends over an area of more than 24,000 square meters, and more than 10,000 square meters have been allocated to squares and open areas. The project will include constructing a pedestrian bridge linking the complex to the train station to facilitate the movement of travelers and achieve the greatest benefit from it and return value to travelers, visitors, and residents of the city.

The site was chosen to be in the middle of Al-Ahsa, neighboring all public services and the most prominent landmarks of the region, which will provide a modern and unique experience for visitors. Also, will include multinational shops, various restaurants and cafes, green areas, a walkway, and a sports center with commercial spaces of more than 8 thousand square meters.

Retal Group CEO Abdullah bin Faisal Al-Braikan expressed his happiness with this partnership, the first of its kind, which will yield promising future projects. Retal is committed to adopting similar projects that mainly contribute to developing the cities of the Kingdom of Saudi Arabia and supporting the quality of life in them, thus contributing to the realization of Vision 2030.