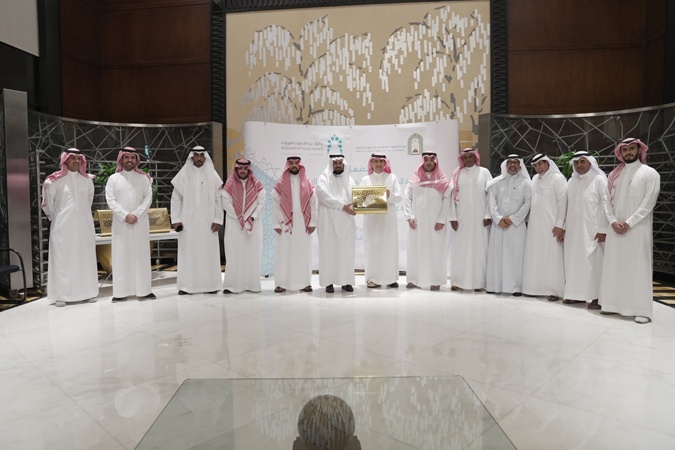 A soiree that brought together Abdullatif Al Fozan Award for Mosque Architecture and the Ministry of Islamic Affairs’ branch in Saudi Arabia’s Eastern Region was held in Al Khobar on Wednesday.

Attended by the Ministry’s regional director, Sheikh Omar Al-Duwaish, the get-together was part of the partnership between the two sides, where they discussed the progress in their efforts to turn mosques into sustainable environments and developing designs and solutions that employ modern standards and building methods.

Praising the partnership, Dr. Mashary Al-Naim, the award’s director, said that it enhances integration among various sectors for the benefit of mosques.

He added that the award covers the latest changes and developments in mosque accessories as part of its six branches, which cover ablution areas, footwear storage, chairs for the elderly, Quran carriers, wall billboards, and carpeting, in which ideas can be turned into actual products that can be used in mosques. The Award also encourages creators around the world to present designs under these six branches, with a promise to possibly turn their designs into actual products that can help develop the mosque environment in the Kingdom and around the world.

At the end of the evening, an innovative Quran carrier was showcased that is designed to work with the way people sit on the floor, avoiding hitting the knees like traditional ones do.

The Quran carrier was among the winning designs in the first season of the Award’s recently started Global Mosque Accessories Competition. Designed by Bitar Consultants, Architects, Engineers & Project Managers in Amman, Jordan, 250 copies of the Quran carrier were built and distributed across mosques in Dammam as a test run, with more test runs to follow every year. More than 150 contestants from 10 countries participated in the award’s first season, offering innovative designs that meet modern needs in accessories, prayer paths ablution, mobility, and audiovisual equipment.