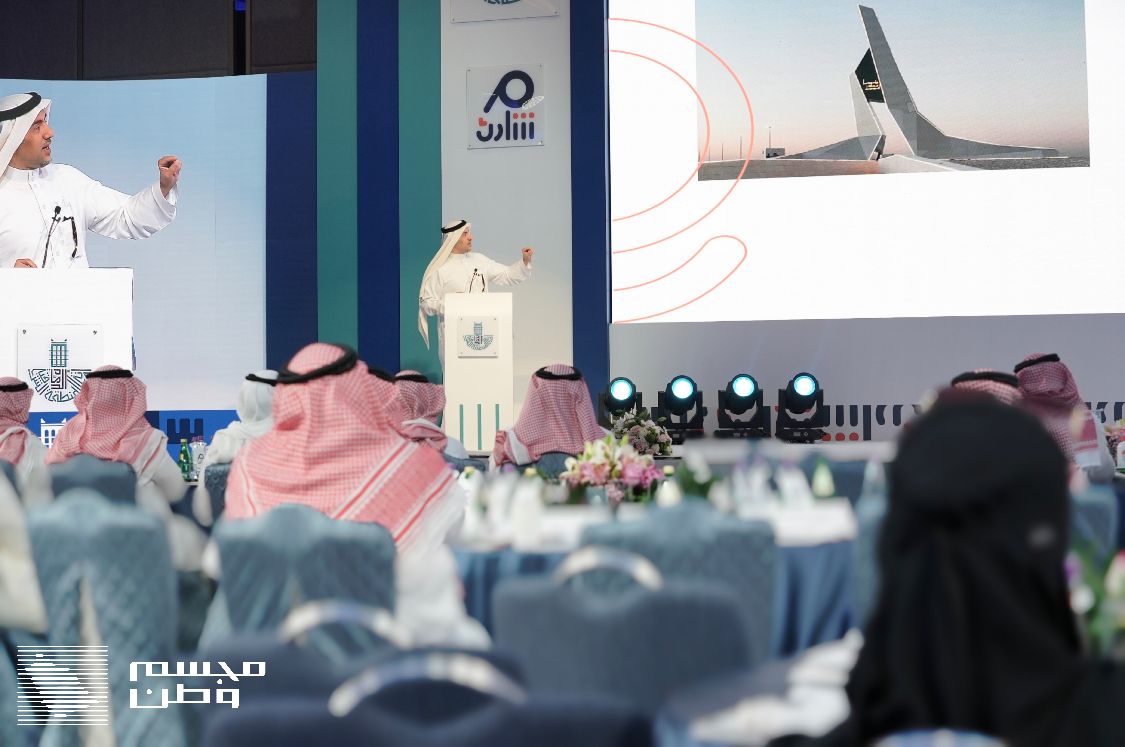 The Mujassam Watan competition participated in the activities of the first forum for community participation under the slogan "Participating Society." with a worksheet presented by the Secretary-General of the competition, Dr. Mashary Al-Naim.

Al-Naim spoke about the story of the "Mujassam Watan" competition, one of Al Fozan's Social Foundation initiatives, meant to promote strengthening our national identity through visual art. In addition, to ensure sustainable urban development that supports the quality of life.

Al-Naim explained that the competition aims to enrich the aesthetic features in the Kingdom, consolidate the values of creativity among talented people, whether they are citizens or residents, and provide the opportunity to compete to design a creative artwork to be a solid landmark in one of the public squares in the Kingdom.

He added that previous cycles witnessed highly competitive works, explaining that the fourth cycle will witness more of these, with results announced the next National Day. He explained that the projects implemented so far amounted to four designs:  The map of the Kingdom, Al-Bairaq Roundabout, AlArdha Square, and Anan Alsama.

It was reported that the forum was organized by the Eastern Province Municipality and sponsored by Prince Saud bin Nayef AlSaud, the Governor of the Region, with the presence of the Deputy Minister of Municipal and Rural Affairs, Eng. Abdullah Al-Badir, and the Mayor of the Eastern Region, Eng. Fahd Al-Jubeir.

It included various workshops and dialogue sessions, with the participation of several experts and specialists, to build and design creative ideas and solutions for community participation and enhance the quality of work in the non-profit sector.