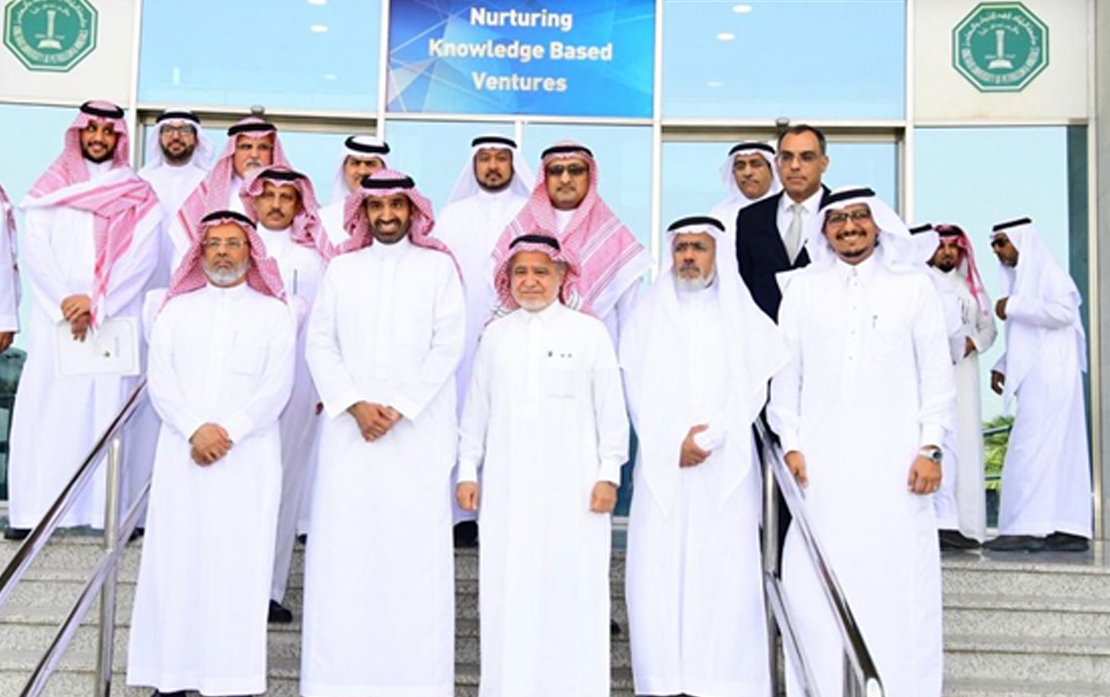 The Minister of Labor and Social Development His Excellency Eng. Ahmed Al Rajhi visited King Fahd University of Petroleum and Minerals today, where he met the Rector of the University Dr. Sahel bin Nashaat Abdul Jawad along with several officials from the university.

The visit’s program included the opening of a workshop and a course for the development and training of workers in the non-profit sector in the Kingdom as well as a tour of the university’s facilities.

Abdul Jawad welcomed the minister, noting that the cooperation between the university and the ministry promotes professional practices in all aspects of non-profit work and transforms it from individual efforts to institutional work, thereby achieving comprehensive social development for individuals and the society.

He explained that the university had previously signed several agreements with the ministry in the field of development in the non-profit sector, noting that the university has exerted great efforts in this field; it established the Center of Excellence to develop non-profit institutions with the aim to deliver consultancies and quality programs that help shape the future of the non-profit sector and maximize its economic and social impact. The university also organized a series of workshops titled Management of Non-Profit Institutions that turned into an annual forum for the development of the non-profit sector. It now witnesses widespread local and international participation from experts and practitioners in this vital field.

Abdul Jawad stated that the university launched the Idama project, which continued to be developed according to specific criteria until it was adopted by the Ministry of Labor and Social Development to become a national standard for volunteer management units in organizations. In addition, the university established an academy aiming to build the capabilities of leaders of non-profit organizations in cooperation with the Al Fozan Social Foundation.

For his part, Director of the Center of Excellence for the Development of Non-Profit Organizations Dr. Hattan Tawfiq explained that the course and the workshop come within an agreement between the university and the ministry to develop professional standards for several non-profit jobs in the Kingdom as well as the specifications of the qualifications for these jobs to prepare trainees to join the non-profit workforce. He stated that the agreement enhances professional practices in all aspects of non-profit work based on international best practices and with the participation of international experts in all phases of the project.

For his part, Director of Al Fozan Academy in the university Dr. Bassem Madani stated that the visit’s program included the opening of a training course and workshop for developing leaders of non-profit institutions within the projects implemented by the university for the benefit of the Ministry of Labor and Social Development.