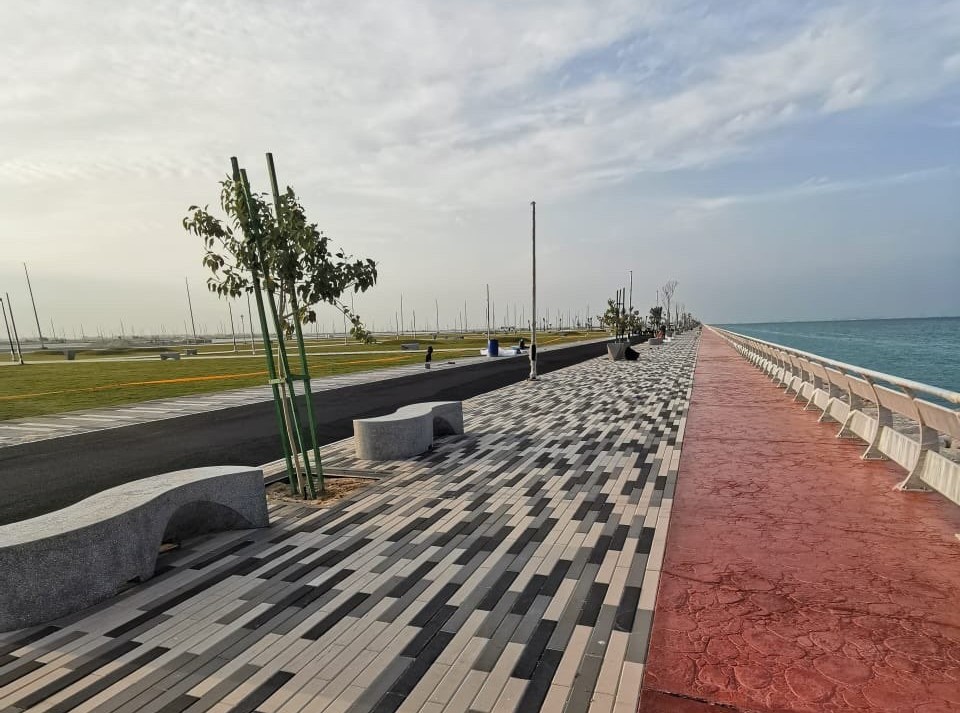 The project was constructed by Saudi Tharwa under the supervision of the Municipality of the province.

HRH the Governor of the Eastern Province commended the private sector’s initiatives and its contribution to community service, stressing that the continuance of projects that improve the quality of life is a goal everyone should strive to achieve.

The Mayor of the Eastern Province, Eng. Fahad Al-Jubeir said that the opening of the waterfront adds value to the tourism sector of the region, in partnership with the private sector. He added that this integration is crucial to improving the quality of life, in line with the ambitions and aspirations of the Kingdom’s leadership. He also acknowledged HRH the Governor’s support to the projects supervised by the Municipality in the province.

It is noteworthy that the design of the waterfront has taken into consideration the aesthetic aspects, and that humanization was given due consideration throughout the various stages of the project. The length of the corniche is 2000 meters, extending from the engineers’ scheme to the university housing, with a depth of 100 meters. It features kids’ play areas, athletics/sports/pedestrian paths, artistic structures, as well as parking lots for people with disabilities, pedestrian crossings, and a number of toilets, in addition to green spaces and shade trees.