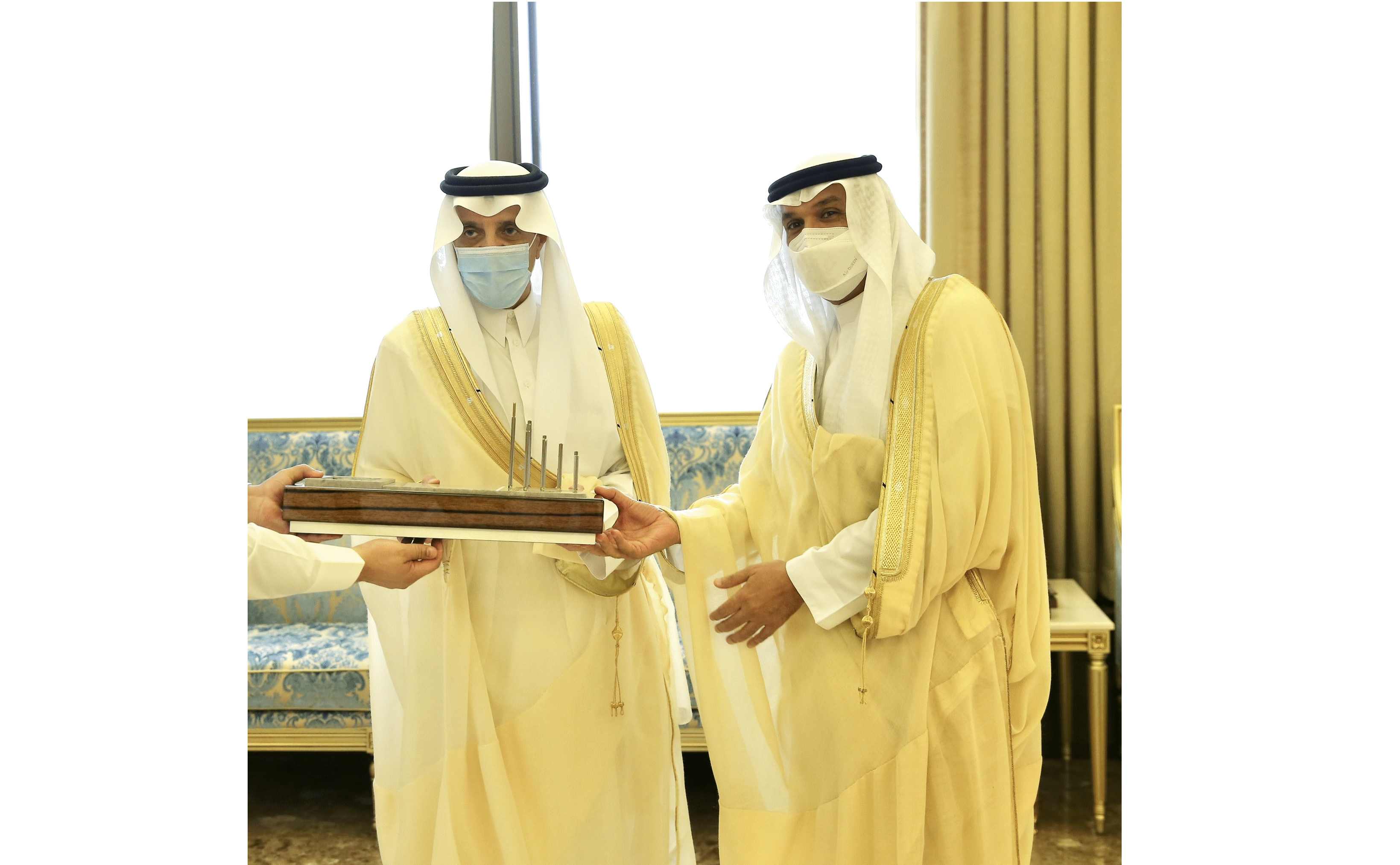 His Royal Highness Prince Saud bin Nayef bin Abdul Aziz, Governor of the Eastern Region, was briefed on the progress of work in “Mujassam Watan” (Homeland Monument) Competition, including its previous rounds and the projects implemented as part of the competition. The briefing was made in the principality office of His Highness in the context of a reception ceremony for the competition team, in the presence of Abdullah Al-Fozan, Chairman of the Competition Board of Directors.

His Highness praised the efforts exerted by the competition team as the implemented projects are among the great development projects that contributed to the development of the urban landscape in the region. He also praised the founders of Al Fozan Social Foundation Program for their effective role in developing and creating quality initiatives that serve the society, economy and environment.

His Highness honored those who contributed to the implementation of the winning projects in the third round of the competition, namely: Mr. Badr Al-Suwaidan from Bass International Group, the donor of Al-Ardha Square, and Dr. Ahmed Al-Mousa from Ahmed Al-Mousa Office for Engineering Investments, the donor of “Tomohuna A’nan Al-Sama’a” Roundabout.

Abdullah Al Fozan, Chairman of the Board of Directors of “Mujassam Watan” Competition, expressed his pride in the competition and designs presented, which carry a patriotic spirit and a firm message, stressing the need for sustainable national effort that does not end by the closing of the National Day.

Al Fozan valued the support and follow-up of His Highness, Governor of the Eastern Region, and the partners from the public and private sectors, for this initiative that seeks to support and adopt Saudi talents by stimulating the societal taste for the development of visual scenes in the cities.

It is noteworthy that "Mujassam Watan" competition is one of the initiatives of Al-Fozan Community Service Program, and is an annual competition concerned with selecting the most beautiful artworks implemented in one of the squares and public areas on the National Day.