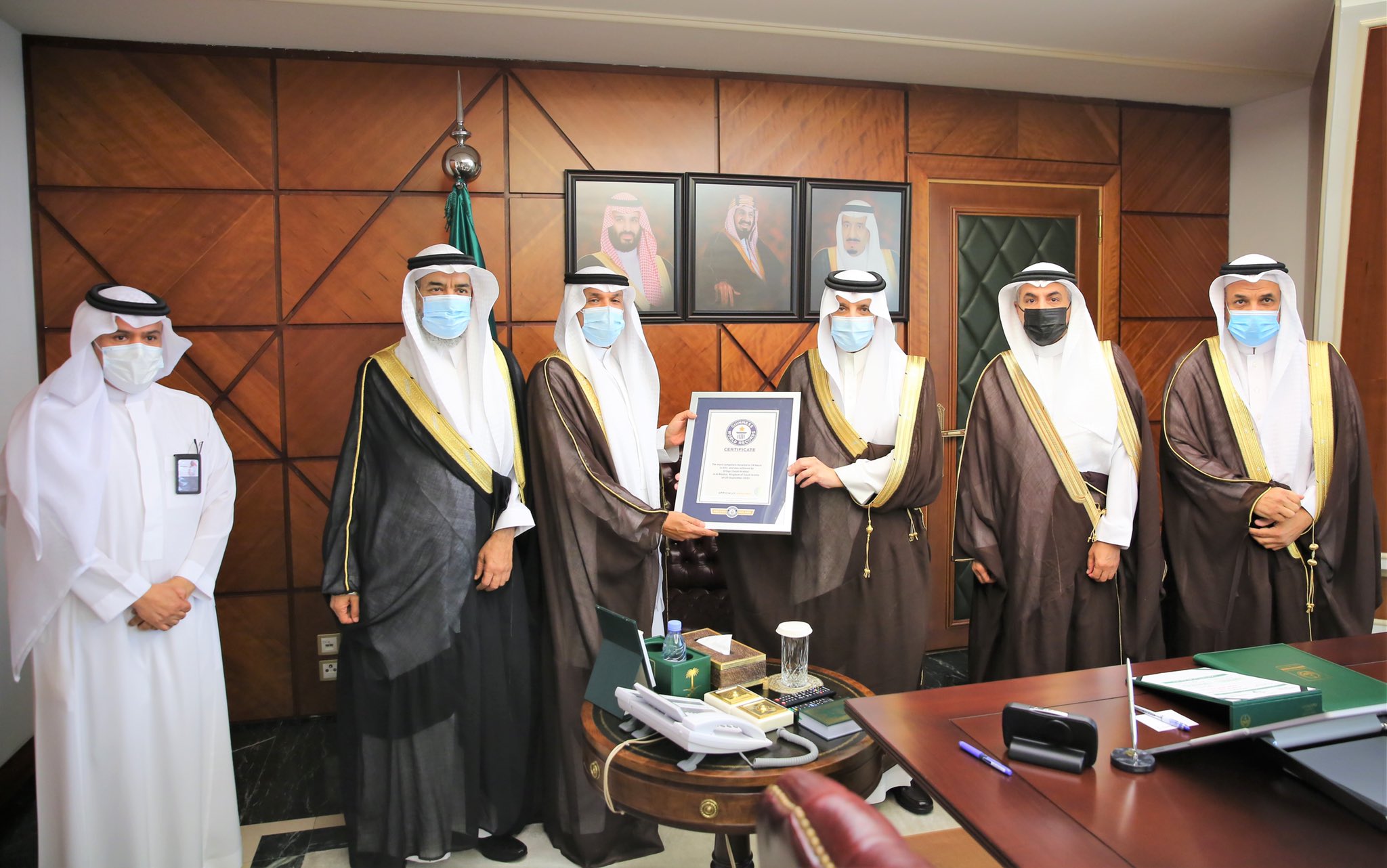 His Royal Highness Prince Saud bin Naif bin Abdulaziz, the Governor of the Eastern Region and Honorary President of the Computer Refurbishment Charitable Organization (Ertiqa), received at his office in the Principality’s Court today, the Chairman of the Board of Directors of Ertiqa, Abdullah Al Fozan, on the occasion of Ertiqa’s Guinness World Record achievement for distributing 691 computers in 24 hours to charitable organizations across the various regions of the Kingdom.

During the meeting, His Royal Highness praised the initiatives of Ertiqa and congratulated the organization for achieving a Guinness World Record for the Kingdom and the Eastern Region. His Royal Highness pointed out that Ertiqa’s accomplishment underlines the vital role played by charities in the region in serving beneficiaries across various specialized areas.

Abdullah Al Fozan briefed His Royal Highness on Ertiqa’s activities, highlighting that the organization is the only one specializing in the collection, refurbishment, and distribution of computers in the Arab world and North Africa. He added that the organization’s initiative to distribute computers to educational and social institutions reflects its commitment to enhancing education in Saudi Arabia and the region to build a promising generation with diverse capabilities in line with the Kingdom's Vision 2030. He said that Ertiqa aims to continue to deliver on its commitment by accelerating the distribution of computers to support the educational sector across the various regions of the Kingdom.

Al Fozan added that Ertiqa launched the 691 Computers campaign to coincide with the 91st Saudi National Day, creating a permanent imprint in the Guinness Book of Records by distributing 691 computers within 24 hours to mark the proud occassion.

He expressed his gratitude and appreciation to His Royal Highness for his support and continuous follow-up of the initiatives of Ertiqa and keenness to support the organization in remaining proactive and achieving remarkable milestones.

The meeting was also attended by other top functionaries of Ertiqa, including Eng. Jamal Al-Dabal, the Deputy Chairman of the Board of Directors; board members Hamad Al-Dhewaila and Mahmoud Al-Shami; and Dr. Saleh Alqome, the CEO of Ertiqa.