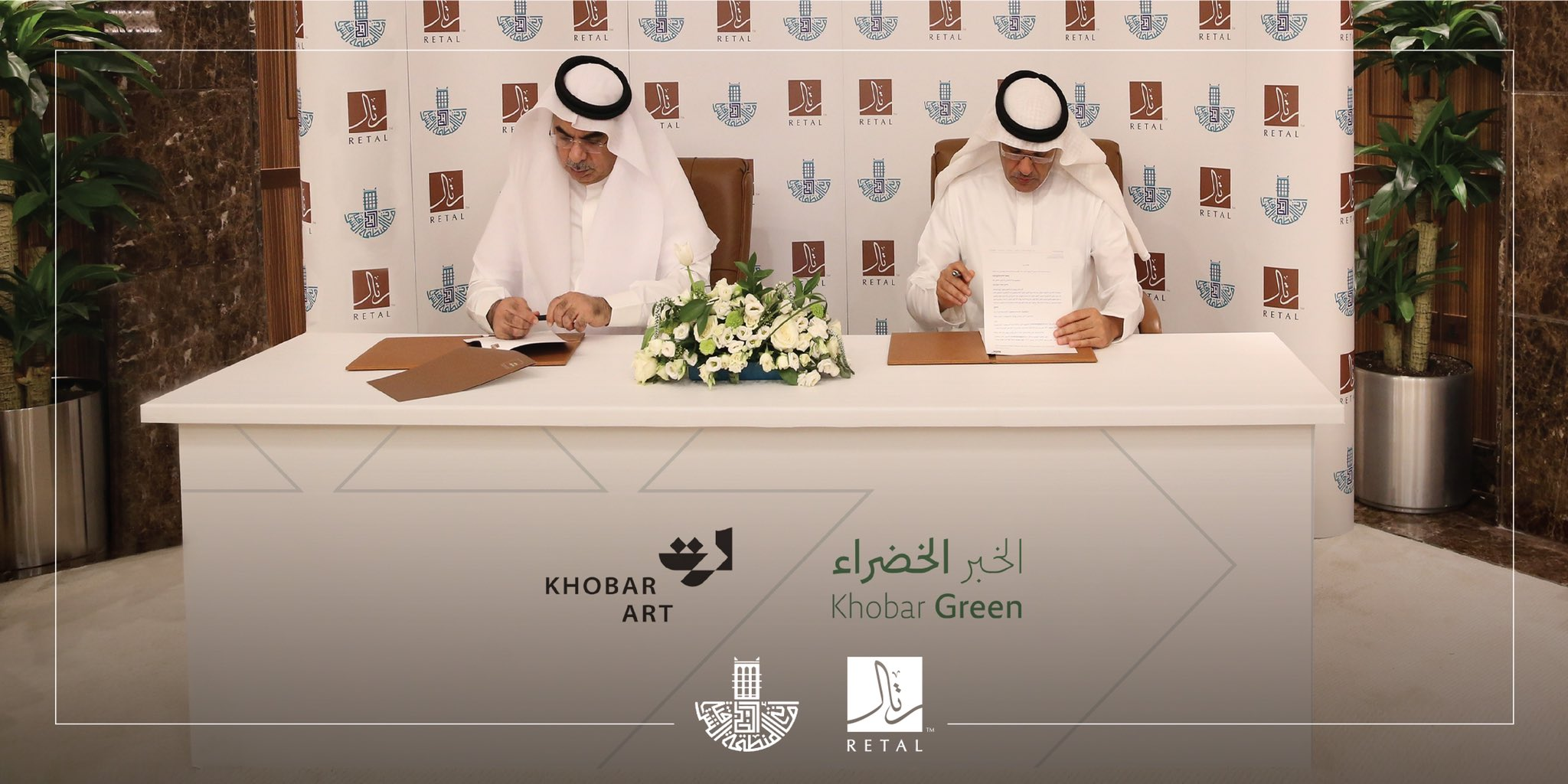 His Excellency the Mayor of the Eastern Province Eng. Fahd bin Mohammed Al-Jubair launched the Green Al-Khobar and Al-Khobar Art, a pair of citywide initiatives in collaboration with Retal Alkhair.

Held at the municipal headquarters in Al-Khobar on Saudi Arabia’s east coast, the launch ceremony was attended by Eng. Meshal bin Al-Humaidi Al-Harbi, the Mayor of the city of Al-Khobar, and Abdullah bin Abdullatif Al Fozan, Chairman of Retal.

The two initiatives are designed to turn the city green and make it a world-class tourist destination by boosting the quality of life there. While the Green Al-Khobar initiative, which Retal had contracted out to Cracknell, one of the leading landscape architecture, planning and urban design practices in the world, and LDPI, a leader in industrial lighting products and a specialist lighting design consultancy, is meant to increase foliage across the city’s open spaces, Al-Khobar Art will stage a paradigm shift in urban design and thinking with a prominent demonstration of creative artistry through murals and interactive lighting.

EP Mayor Jubair said that such in are a feature of the local community, the members of which are always keen to offer their best talent for the benefit of their city.

He also praised initiatives such as these for the collaboration between the public and private sectors they foster as part of social responsibility and Vision 2030’s sustainable development objectives for nonprofits.

The EP Mayor added that the two initiatives are part of the larger effort to involve the private sector more in the quality of life on the local level, stressing that the Municipality is always ready to lend any kind of support needed to improve public services and facilities across the city.

Harbi, the Mayor of Al-Khobar, said that the Green Al-Khobar initiative will focus on the city’s esthetic aspects as they relate to its growth in population and urbanization. Green surfaces, he explained, would be built and maintained as and where needed to not only beautify the city, but to add a measure of environmental wellbeing, contributing to the city’s appeal for tourists and investors. As for the Al-Khobar Art initiatives, Harbi said that it represents the city’s outlook through creative arts, which speak to the world and bring together people from all cultures.

The city’s Mayor added that there are many tourism, recreational, and service projects to come that would take the city to the next level with expertise and innovation, with involvement from the private sector to help achieve developmental targets. Eng. Abdullah Braikan, the Chief Executive Officer of Retal, said that the company’s corporate social responsibility effort aims to build qualitative partnerships that utilize its cumulative experience as a real estate developer which has plenty to offer the local community.

Al-Khobar, he said, deserves to be competitive with the world’s prettiest cities, which is why everyone should be a part of the activity and change driven by Vision 2030. Braikan reiterated that the two initiatives will turn the city’s streets into showcases of quality projects and creative arts that will rapidly transform the city.