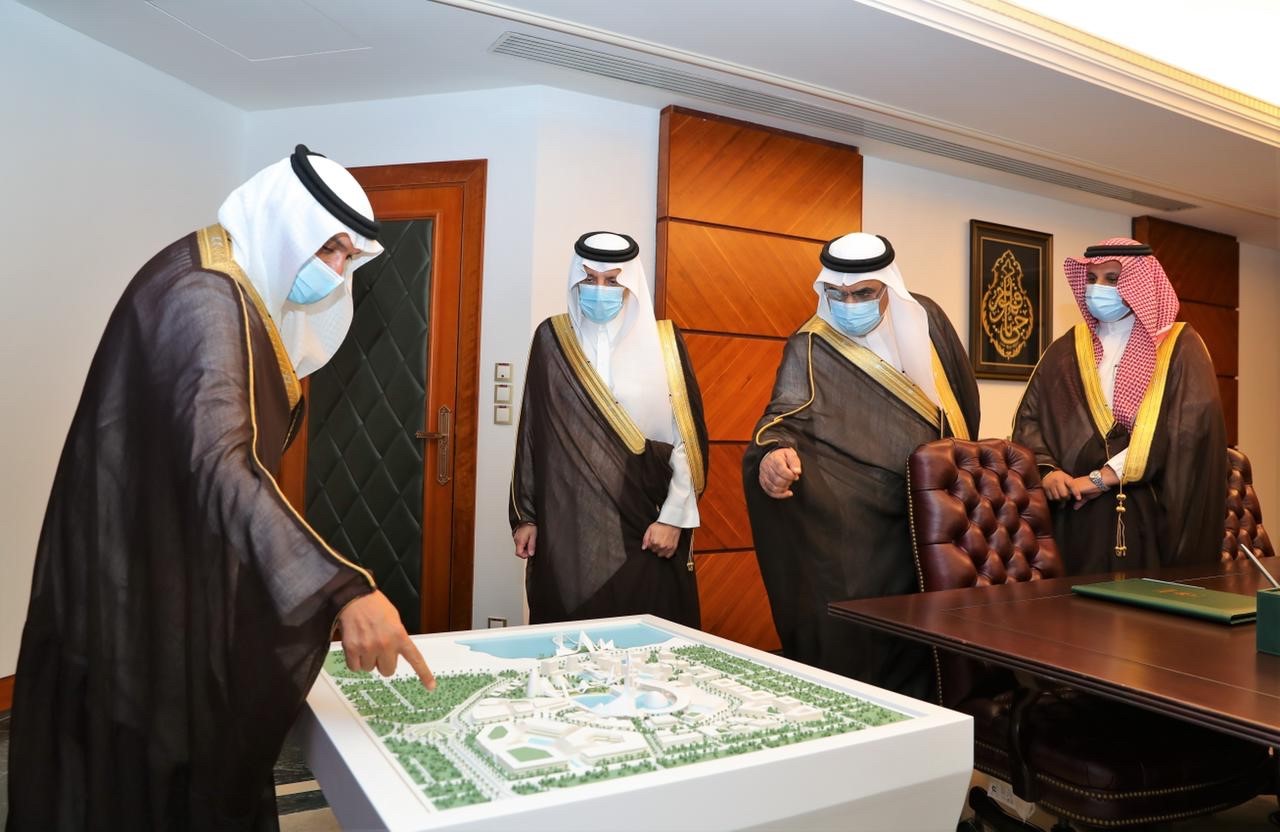 His Royal Highness Prince Saud bin Nayef bin Abdulaziz, the Governor of the Eastern Province of Saudi Arabia, received today, Monday, Mr. Abdullah bin Abdullatif Al Fozan, in his office at the Principality’s Court. During their meeting, Mr. Abdullah Al Fozan delivered a presentation to His Royal Highness, in the presence of His Excellency the Secretary of the Eastern Province, Eng. Fahd bin Mohammed Al-Jubeir, on the multi-year “Khobar Al Khair” initiative, which will run till 2025.

The initiative includes the launch of a new identity for Al-Khobar city, in addition to several developmental, tourism and entertainment projects that will support tourism in the region, offering employment opportunities and contributing to achieving the goals of the Saudi Vision 2030. His Royal Highness, the Prince of the Eastern Province, stressed the importance of the private sector’s participation and its role in promoting development in the region, through projects that contribute to providing jobs for the citizens of the region, as well as to boosting tourism and commercial opportunities and driving competition in various sectors to better serve the country and its people.

Mr. Al Fozan indicated that the initiative will include several projects, commercial complexes, high-end hotels, entertainment cities and green spaces that will elevate the profile and appeal of Al-Khobar. He added that Khobar Al Khair comes as part of a host of initiatives being undertaken by the "Al Fozan Social Foundation" and stems from the deep awareness of the importance of balanced cooperation and integration between the public and private sectors, which is regarded as the most effective and sustainable way to drive growth and development in the Kingdom and its economy, with the ultimate aim of achieving the vision of the wise leadership for an ambitious homeland, sustainable development and comprehensive renaissance.

Al Fozan stressed that the Khobar Al Khair initiative will be a role model to be followed in the private sector and embodies Al Fozan Social Foundation’s commitment to contributing to the Kingdom’s Vision 2030 objectives to provide the latest modern and sustainable solutions to raise the level of quality of life in the country, and create an attractive environment for investment, tourism, and work. All efforts will be exerted to make Al-Khobar a grand global destination and a magnificent waterfront for the Kingdom, by harnessing its location, environment, and unique socio-economic structure. The initiative is aimed at the establishment of mega urban, developmental, cultural, recreational, and service projects that will enable Al-Khobar to compete for a niche position among the topmost beautiful cities around the world.

Mr. Al Fozan indicated that among the high ranking projects that will qualify Al-Khobar to be a grand landmark in the Kingdom is Ajdan Walk, which embraces the waterfront of the city, as well as the Exhibition and Conference Center (Dhahran Expo), and the pending projects that have been reviewed, such as the theater, the opera house, the hotel, as well as the Ajdan Waterfront, Retal Blue, the Prince Turki Road Development Project, Retal Rise and Ajdan Infinity tourist attractions.

Mr. Al Fozan praised the support extended by His Royal Highness to the initiative, which is expected to have a positive impact, on the region and its citizens.