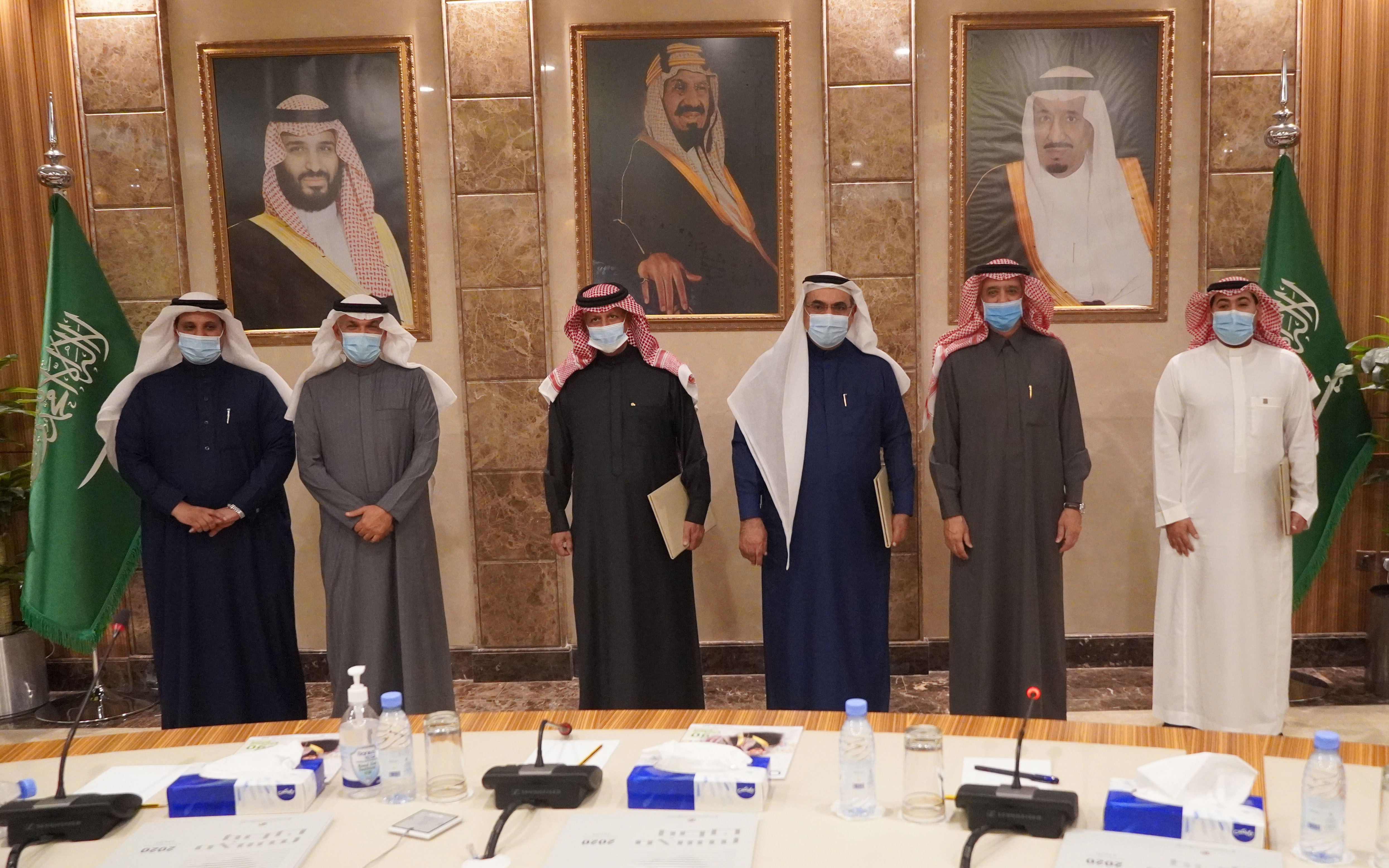 Embodying partnership between public and private sectors and contributing to maximizing their role in community service.

Under the patronage of His Excellency the Mayor of the Eastern Province, Eng. Fahad bin Mohammad Al-Jubeir, and in the presence of the Mayor of Al-Khobar Governorate, Eng. Sultan bin Hamid Al-Zaidi, the Eastern Province Amana, represented by the Amana of Al-Khobar Governorate, concluded four agreements with a group of private sector companies in order to implement the winning projects in the second and third season of the Mujassam Watan Competition. The move comes as part of the Eastern Province Municipality’s endeavors to enable government agencies and the private sector to increase their contributions to the development of communities through qualitative initiatives added to the city's landmarks and is also aligned with the objectives of the Kingdom’s ambitious Vision 2030 program.

The Province Municipality in Dammam witnessed Sunday the signing of the agreements, in the presence of Their Excellencies Eng. Al-Jubeir and Eng. Al-Zaidi, as well as Chief Executive Officer of Zamil Group, Mr. Adib Abdullah Al-Zamil, and Chairman of BAAS International Group, Mr. Bader bin Abdullah Al-Suweidan. In addition, the entities responsible for managing, executing, and financing the projects – Madar Holding Company and Retal Company – were represented by Mr. Abdullah bin Abdullatif Al-Fozan and the latter’s CEO, Eng. Abdullah Faisal Al-Braikan, respectively.

The donor Al-Suweidan will implement the “Al Arda” design in Al-Khobar’s North Corniche, while Madar will implement the “Our Ambition is Sky High” design on King Salman Street, the two winning projects of Mujassam Watan Competition in its second season. The winning designs of the third season, whose results will be announced on the next Saudi National Day, September 23, 2021, will be implemented by Zamil Group and Retal in locations to be determined later.

On this occasion, H.E. the Mayor of the Eastern Province, Eng. Fahad Al-Jubeir, thanked the companies for this qualitative initiative that allows the presentation of distinctive ideas to improve the urban landscape of the cities of the region, and contributes to encouraging creative Saudi men and women to present works and ideas that enrich the creative and artistic movement in the Kingdom. He also praised the role and contribution of the private sector to projects that add beauty to life and enhance social responsibility in Saudi Arabia.

For his part, Mr. Abdullah Abdullatif Al-Fozan, Chairman of the Board of Trustees at Al-Fozan Social Foundation, appreciated the support of the Eastern Province Municipality for the private sector initiatives and creative ideas that were an added value to many of the architectural and aesthetic aspects that characterize the Eastern Province. He also thanked Mayor Fahad Al-Jubeir for his keen interest in the Mujassam Watan Competition, which meets the aspirations of the State’s leadership to build urban communities and smart cities akin to the world’s most beautiful and elegant cities. Al-Fozan praised the Municipality’s keenness to provide all necessary facilities to implement projects, issue clearances, deliver infrastructure services, approve designs, and enable the implementing parties to undertake operation, maintenance and other roles that achieve sustainable benefit from the project.

An initiative by the Al Fozan Social Foundation, the Mujassam Watan Competition is an annual national award that encourages innovation and new ideas promoting national unity and belonging to the homeland. It also contributes to enriching the culture of artistic structures in public places to add an aesthetic touch to Saudi cities through the participation of designers with unique designs that reflect the spirit of the competition in which the winning design is chosen to be embodied as an actual structure and launched on the National Day every year.