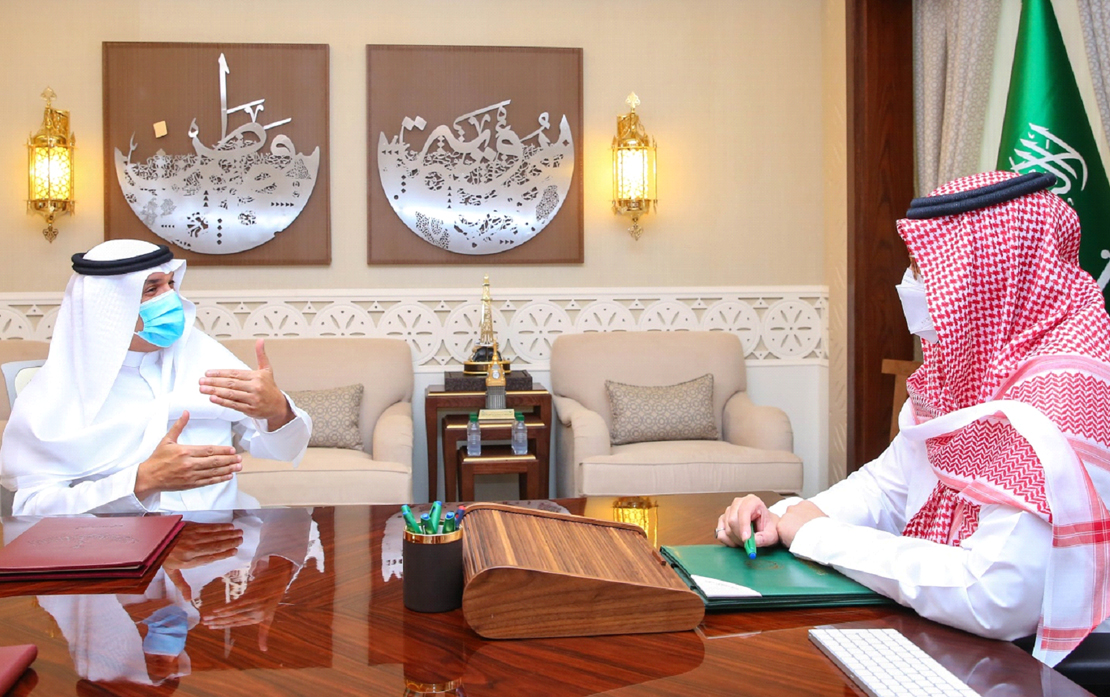 The Deputy Governor of the Eastern Province His Royal Highness Prince Ahmed bin Fahd bin Salman bin Abdulaziz emphasized the importance of social responsibility in stimulating creative initiatives and improving the urban landscape; noting that companies have an important and integral role in adopting, enriching, and developing such initiatives within the objectives of the Kingdom’s Vision 2030 to activate the role of the private sector to improve the quality of life.

While meeting Abdullah Al Fozan in his office at the Emirate of the Eastern Province, the Deputy Governor reviewed the details of the Mujassam Watan initiative launched by the Al Fozan Social Foundation and remarked on the objectives of the Kingdom’s leaders to develop public scenery in Saudi cities and link it to cultural and civilizational heritage, in addition to creating innovative national symbols and models that beautify cities and enhance competitiveness in the development of roundabouts, tunnels, and public sites.

The deputy governor reviewed a visual presentation about the Mujassam Watan Award and its stages, as well as its future vision. He wished its instigators the best of luck.

On behalf of himself and the Al Fozan Social Foundation, Abdullah Al Fozan expressed his thanks and gratitude to the Governor and Deputy Governor of the Eastern Province for their continued and constant support for the Mujassam Watan Award, which was launched to become a National Day imprint that embodies national unity and patriotism and enriches the culture of artistic models in public spaces.

Al Fozan indicated that the competition features three main tracks: roundabouts, walking areas and public spaces, and tunnels and bridges. He noted that each track has specific technical and design criteria and participation is open for citizens and residents.