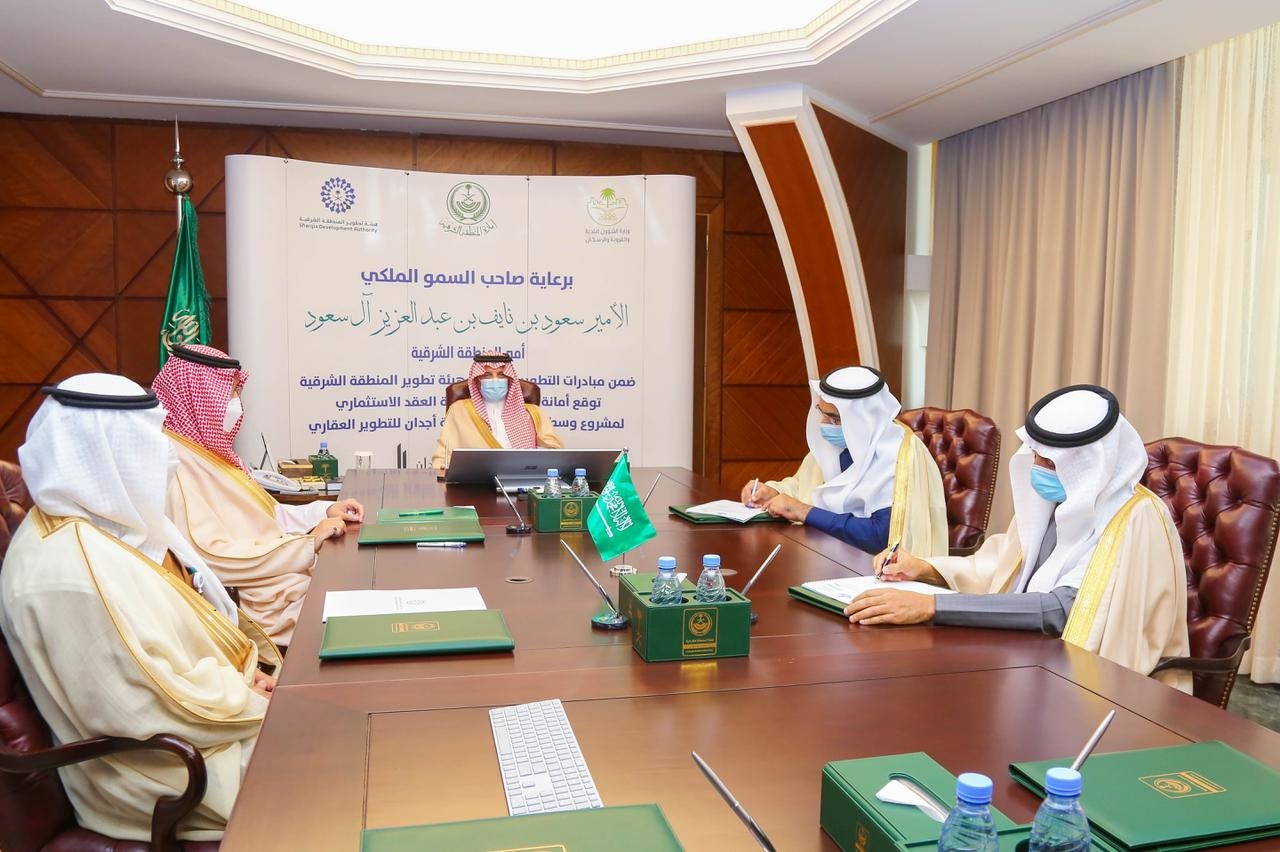 CEO of Ajdan Company: We are looking forward to making Central Awamiyah a cultural and tourism addition at the regional level.

Ajdan Real Estate Development Company announced the signing of an operating agreement for “Central Awamiyah” project with the Eastern Province Amana, as part of the development projects for Qatif Governorate in the Eastern Province. Central Awamiyah is a distinct cultural, historical and architectural landmark in the heart of Qatif Governorate, encompassing an area of 180,000 square meters.

Engineer Mohammed bin Abdulmohsen Al-Otaibi, CEO of Ajdan Development Company, confirmed that the signing of this agreement reflects the concerted efforts and continuous cooperation between the public and private sectors, in all fields, in order to achieve the Saudi Vision 2030 and its objectives.

He explained that the Central Awamiyah project aims to create an attractive investment environment, a unique tourist destination, as well as a civilization and cultural hub that enhances the tourism position of the Eastern Province in general and Qatif Governorate in particular, as we strive to make the project a destination for all visitors not only from within the Province but from all Saudi cities, the Gulf countries as well as foreign tourists.

He pointed out that we are looking to attract investors in many fields, including popular restaurants, local cafes, handicraft shops, souvenir shops, in addition to cultural and artistic creations, making Central Awamiyah a unique cultural and creative hub at the regional level.