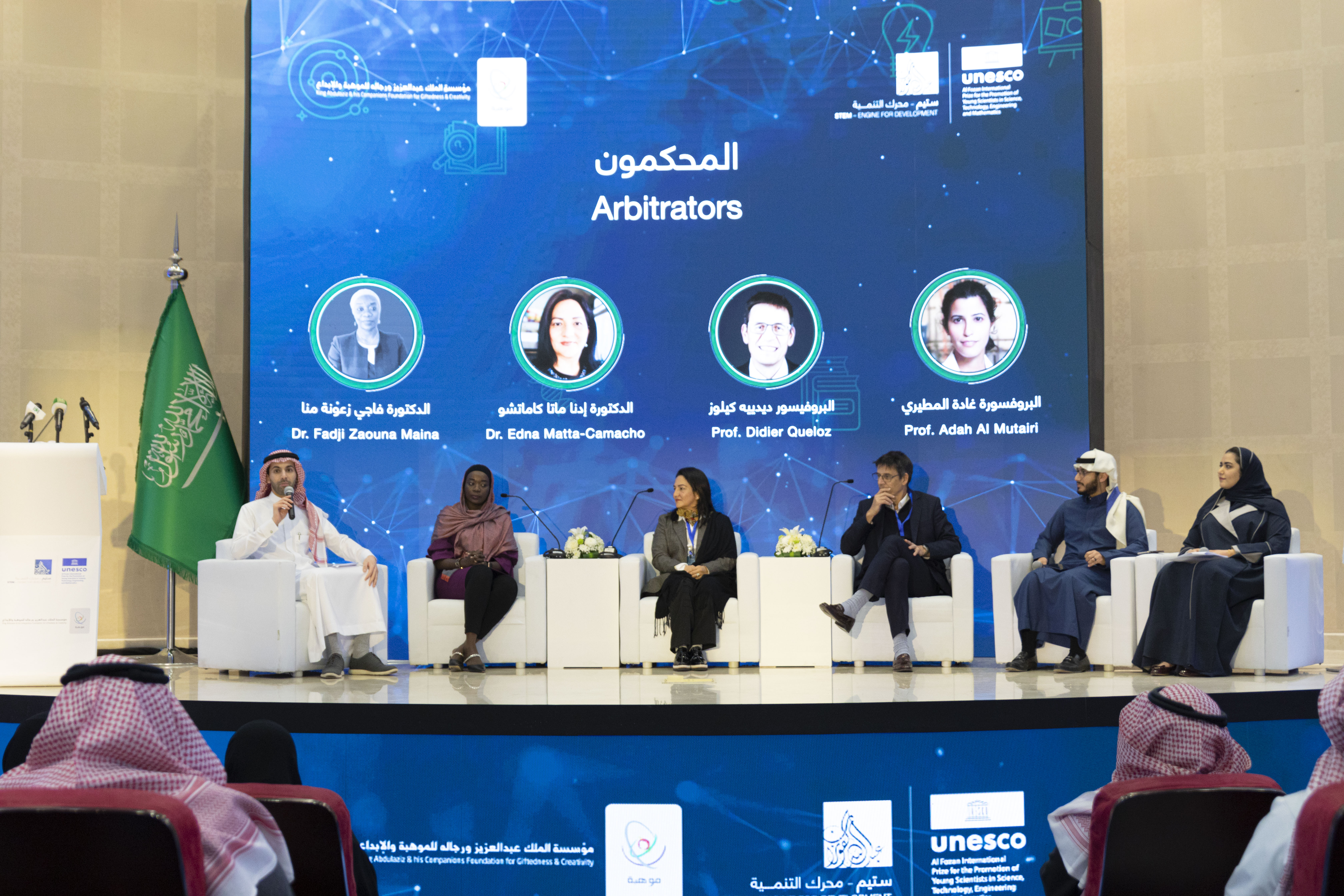 Four scientists and jurists of the UNESCO-Al Fozan International Prize for the Promotion of Young Scientists in Science, Technology, Engineering and Mathematics (STEM) shared the challenges and hardships they endured and overcame with 100 talented students from around the Kingdom of Saudi Arabia on Wednesday. They were in an open dialogue with the students at the Eye on the Future seminar that UNESCO organized in collaboration with King Abdulaziz and His Companions Foundation for Giftedness and Creativity (Mawhiba).

The gathering was also attended by Mr. Yousef Al-Benyan, Saudi Arabia’s Minister of Education and Vice President of the UNESCO National Commission; Mr. Abdullah Al Fozan, the founder of the prize, and Dr. Amal Al-Hazzaa, the Secretary General of Mawhiba.

Participants from Mawhiba included Muaz Buaysha, cofounder of 3D+ Solutions and member of Mawhiba’s Innovation department; Abdurrahman Al Fozan, an engineer at a Silicon Valley startup; Fatima Al-Ali, an engineer at Saudi Aramco and Penn State University alumnus in petroleum and natural gas engineering; Maha Al-Humoud, an Aramco economist and alumnus of the University of Washington in political science and economics; and Ghanima Buhaimad, Executive Director of Gheras and Ph.D. undergraduate in mechanical engineering at King Abdullah University of Science and Technology.

Calling upon young people to seek out the experiences of scientists and be inquisitive, Dr. Nazeeh Alothmany, Deputy Secretary General of Corporate Relations and Business Development at Mawhiba, said that the foundation and its partners always strive to empower talent and creativity and boost the passion for science and knowledge in the hearts and minds of the young, who eventually will take over the future.

“There are plenty of lessons to be learned from the stories of hardships, failures, and success of older talent that should be heard, understood, and followed,” he said.

Dr. Nada Al-Nafea, Executive Director of the Prize, said that the advancement and prosperity of nations are measured by their concern for science and knowledge.

“Societies are only as prosperous as their investment in their human asset,” she said, adding that through its Vision 2030, the Kingdom spares no effort in supporting the talented.

The prize, she pointed out, aims to achieve sustainable growth, offer innovative solutions, and foster a new generation of experienced researchers to create a new future with an enhanced collective psyche that encourages young scientists to invent and innovate, to the point where the prize, in and of itself, became a motivator that drives science work.

At the session, the scientists praised the Saudi students and the ideas and projects they shared, stressing that science knows no boundaries. Every learner should act and feel as though they are on a wayward boat, not knowing where the ocean is about to take them, and they should keep discovering new things every day.

They also said that failure should be accepted as part of the scientific process and the actual starting point of success, which always follows failure.

Buhaimad, of Gheras, underlined Mawhiba’s efforts to support talented young students, reiterating the foundation’s backing of the targets of the Saudi Green Initiative of enhancing water efficiency, thanks to the use of cutting-edge technology to plant four times more trees than existing ones.

Al-Ali, the Aramco Engineer, said that Vision 2030 highlighted the role of women in the Kingdom, adding that she had finished two research projects about the environment and cancer cell RNA.

The partnership between Mawhiba and Al Fozan Social Foundation aims to embolden young scientists and foster global scientific collaboration in the target fields while facilitating world-class research opportunities for them, especially given that the key fields that the Prize covers are the ones that drive human growth in industrialized and emerging countries alike. 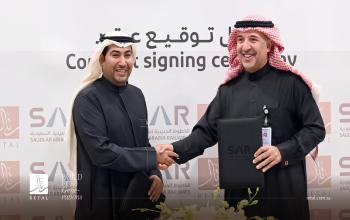