Waterfronts and their role in real estate and tourism investments 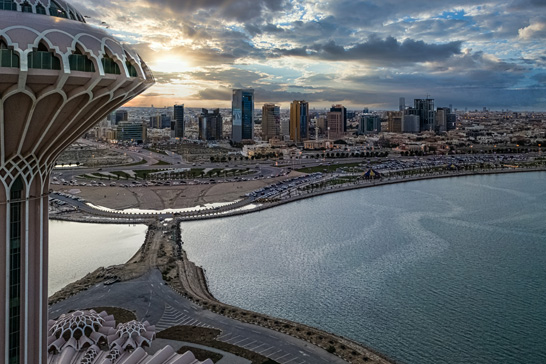 Saudi Arabia boasts 3,800 km of the longest beaches on the Red Sea and the Arabian Gulf, making the development of waterfronts a strategic sector in itself.

For decades, the development of waterfronts was limited to government agencies and represented a major goal for them; they were able to offer pioneering development experiences and in 2017 and 2019, Saudi Arabia took a giant step within the Saudi Vision 2030 to utilize its extended beaches through strategic projects such as the Red Sea Project and the NEOM City Project on which the Public Investment Fund is based.

The Red Sea Project aims to place the Kingdom at the top of the world's tourist destinations, with a total area of about 34,000 square kilometers and consists of more than 90 undeveloped islands between the cities of Umluj and Al-Wajh.

NEOM is the dream come true, a modern cross-border city extending 460 km along the coast of the Red Sea, making the Kingdom a global leader in technology, research and various aspects of life.

The Eastern Province coasts have always been a center of attraction for the people of the Gulf States, with their beaches extending about 1,200 km from the Kuwaiti border to the UAE border.

The role of Dammam Municipality has been highlighted for decades in its continuous interest in developing the waterfronts of the eastern cities that fall within its scope of work. Al Khobar and Dammam waterfronts represent cultural achievements that have a touristic and social impact on the Eastern Province and its visitors, and these achievements can be credited to Dammam Municipality.

At the level of the private sector, the development of waterfronts has not received much attention, except for Al-Shubaily Group’s achievement when it developed the infrastructure on the southern coast of Al-Khobar in a distinctive way at the planning level.

Ajdan was registered as the first private real estate company specialized in waterfront comprehensive development, making it a hub for quality of life. Ajdan Waterfront development was the private sector’s first experience in the Kingdom in the qualitative development of waterfronts and transforming them into highly attractive cultural hubs to lure domestic and foreign tourists.