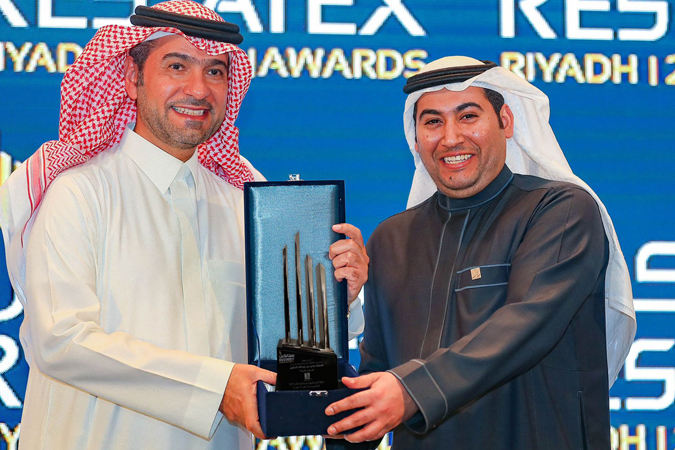 Retal Urban Development Co. has won “2021 largest housing project” award at Restatex Real Estate Exhibition. The award has been given for “Nesaj Town 2” project in the Eastern Province of the Kingdom.

Retal is considered a diamond sponsor of the exhibition which opened in Riyadh International Convention and Exhibition Center on Tuesday March 2nd 2022 and will last for 4 days. In the exhibition, Retal revealed its newest projects named as “Retal Rise” and “Marassi AlKobar Scheme”.

The company’s CEO, Eng. Abdullah bin Faisal Al-Braikan, expressed pride of the Retal’s award saying: “The company is expanding in housing projects on a scientific and planned basis, taking into account the needs of the Saudi housing sector and in line with Vision 2030, which targets increasing the percentage of Saudi families owning houses to 70% by 2030. On that basis, we launched (Retal Rise) and (Marassi AlKhobar Scheme) projects”.

“Retal keens on being one of the leading real estate companies in the Kingdom achieving the 2030 Vision objectives, so it participates in prominent related exhibitions including Restatex Riyadh and Real Estate Future Forum”, Al-Braikan added.

Retal also wants to share its own experience with Restatex partners on developing and investing in real estate sector.

Restatex highlights real estate development and recent residential projects carried out in line with global standards. The exhibition is held annually in Saudi Arabia. It’s attended by leading real estate companies and figures from both public and private sectors.