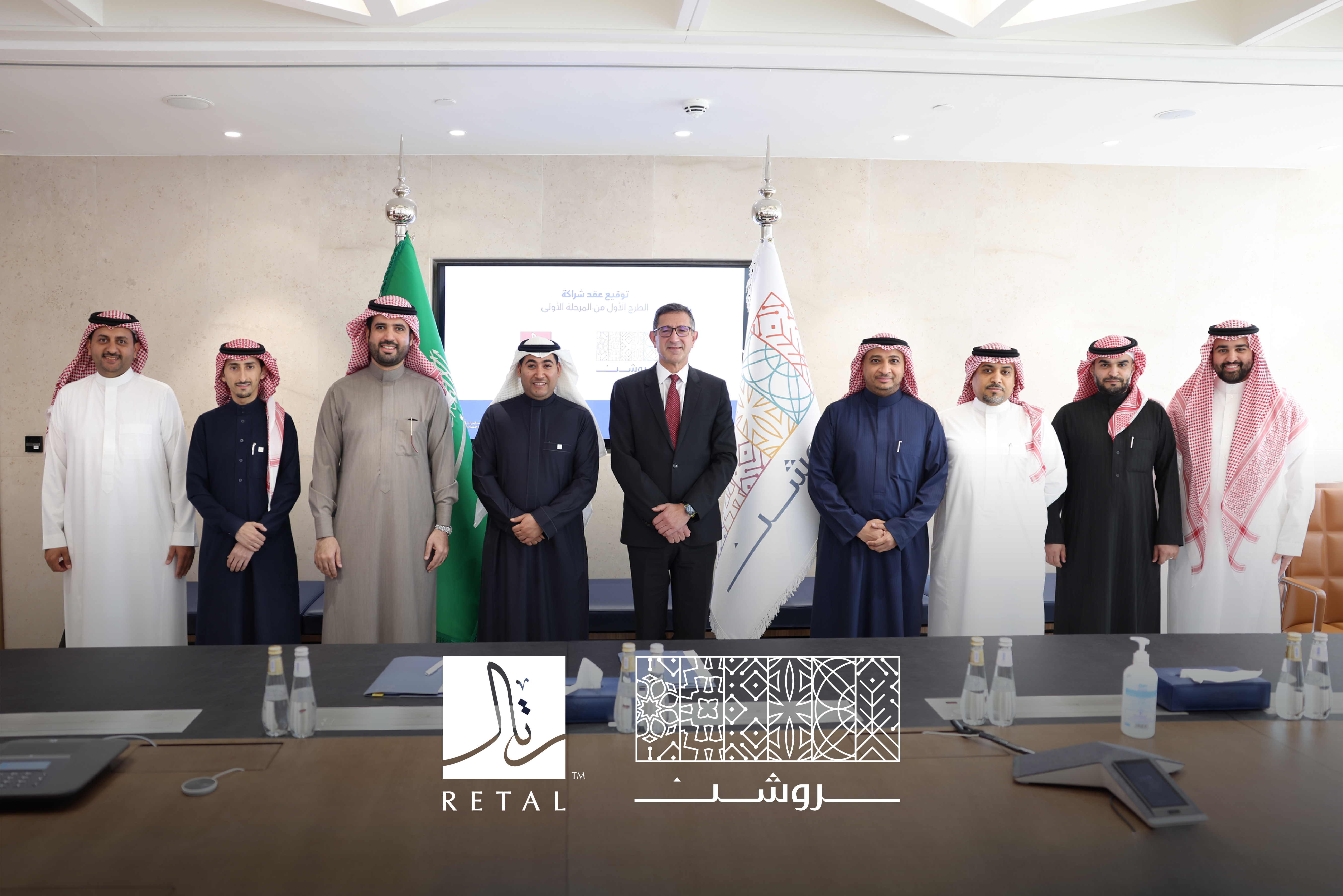 Retal Urban Development Company announced the signing of a partnership agreement with Roshn, the national community developer powered by PIF, to build housing units as part of the first phase of Sidra project in Riyadh.

This came after an extensive screening process, in which Retal Urban Development Company was selected based on technical and commercial criteria specified by Roshn, in addition to Retal’s record in the development of housing units, in which it was awarded the Best Real Estate Developer in the Kingdom, by the National Housing Company, for the years 2019-2020.

For his part, the CEO of Retal Eng. Abdullah Al-Braikan indicated that the partnership is a good step for Retal, as we will work with a national real estate development company to achieve a common goal which is to meet the aspirations of urban development by following the approach of the Kingdom’s Vision 2030, which encourages the establishment of residential communities that will make it possible to help meet the highest requirements of quality of life, adding that the partnership is another achievement to be added to our list of achievements in our quest to raise the standards in every project implemented by Retal.

David Grover, CEO of Roshn Group, expressed his commitment to work diligently with the private sector developers. He also expressed his happiness to see Retal join Roshn as the first real estate developer, looking forward to work closely with future partners as part of Roshn's journey aimed to develop distinct residential communities across the kingdom.

It is worth mentioning that Sidra Project is located on an area of more than 20 million square meters and includes more than 30,000 housing units, which are provided with various vital facilities such as mosques, kindergartens, public and private schools, hospitals, health care centers, shopping centers, retail shops and other similar facilities.