On the occasion of the International Volunteer Day, Abdul Latif Al Fozan Autism Center hosts the annual ceremony of Arfa 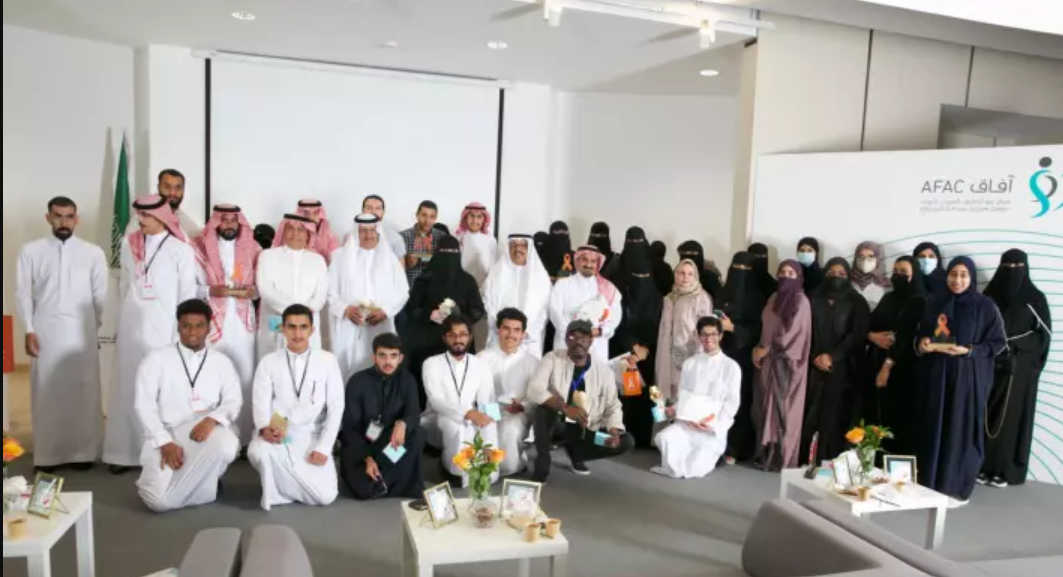 The Arfa Multiple Sclerosis Society honored volunteers who have dedicated their time in 2022 during a commemorative event.

Coinciding with International Volunteer Day, the event was held at the Al Fozan Autism Center in Al Khobar. The event, which recognized the efforts of the society’s volunteers, was patronized by Abdulrahman Al-Miqbel, Director of the Ministry of Human Resources and the Social Development Bureau in the Eastern Province. Ms. Rima Al-Otaibi, the society’s executive director, special dignitaries, and Arfa’s press and social media ambassadors were also in attendance.

The ceremony opened with a welcoming message dedicated to the guests and event’s patron, followed by an address from Miqbel who spoke about the Kingdom’s Vision 2030 framework and its support of volunteer initiatives. Miqbel also highlighted the value of humanitarianism and thanked the volunteers for assisting those with multiple sclerosis.

A presentation detailing the achievements of the society’s volunteering department, presented by the department’s manager Ms. Arwa Al-Khathaami, followed the speeches. Afterwards, a behind-the-scenes video was shown covering the steps towards creating the largest multiple sclerosis logo on an umbrella.

At the end of the event, Miqbel, Otaibi, and Ms. Ibtisam Al-Humaizi honored volunteers and donators who helped create the umbrella event, an extension of the Be Strong for You program to spread awareness about the condition.