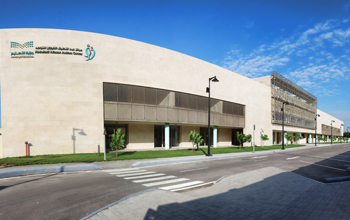 What are the early signs of autism and what services can the Al Fozan Autism Center provide?

How old were you when you first played with a toy, smiled at family members, or said a new word? Some of us did these things very early in life, while others took a bit longer. Although every child grows and develops at their own pace, children usually follow a similar growth pattern when it comes to learning skills or reaching development milestones.

When children do not reach the milestones of their age group, this might indicate that something is wrong. For example, if a child’s social and communication skills do not develop at a normal pace, they might be on the autism spectrum.

Autism is a neurodevelopmental disorder that causes a wide range of problems with language, social skills, and behavior, thereby affecting the child’s ability to live and work normally.

Signs of autism usually appear in the early years of a child’s life, particularly during the first year in 70-80% of cases. The rest may grow normally or semi normally and then regress between the ages of two and three years old, where they lose some of the skills they learned, such as the use of some words or their social interests.

Autism is at its most severe in early childhood, and autistic children are known to show several characteristics – all or some of which may appear – including an inability to reference toys or things they enjoy as a form of social participation or a lack of response when called by name, as if they are deaf. However, the child may respond to other sounds in the surrounding environment, such as the sound of a game or the sound of a canned beverage being opened, for example. The child also does not make eye contact with their parents like other children. In fact, a lot of autistic children avoid making eye contact with others.

Other characteristics include not making chattering sounds like other children and not playing with toys or peers in a normal way; autistic children tend to line up their toys repetitively. They also lose the ability to imagine or engage in role-playing games. They may have issues in imitation skills and do not participate in simple games that other children enjoy, such as peek-a-boo. Autistic children also do not raise their arms in the air to gesture to their parents that they would like to be carried.

It is also difficult for autistic children to look at others and follow them with their eyes. They do not say specific words when they reach 16 months of age, and they do not use sentences consisting of at least two words at 24 months. They also show difficulty in understanding other’s reactions and emotions. In addition, some autistic children suffer from sleep difficulties, severe tantrums, and repetitive movements such as finger tapping or going around in circles.

Located in Al Khobar in the Eastern Province, the Abdullatif Al Fozan Autism Center seeks to serve autistic individuals between the ages of 3 and 21 by offering teaching, training, and rehabilitation services through a professional team of specialists. The center also enables beneficiaries to receive high-quality education commensurate with their abilities to discover and develop their potential, in addition to giving autistic patients confidence and enabling them to become productive members of the community after achieving their educational goals.