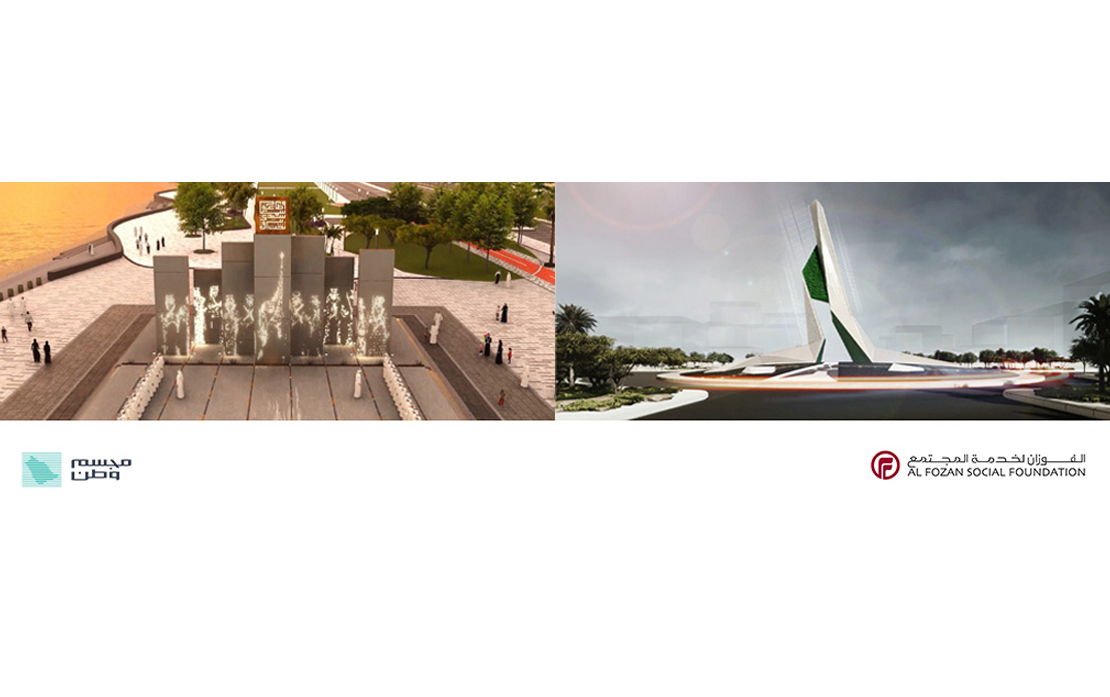 Al Naim: We aspire to offer an inspiring and motivational award

The Mujassam Watan Competition has announced the winners of the second round of the competition for the categories pedestrian walkways and public spaces. The winners, the ‘Our Ambition is Sky High’ and ‘Al Arda Square’ projects, were chosen by a judging panel according to several criteria, including design concept, sensory features, construction details, and social objectives. The winners were selected after screening more than 30 participants of various specializations from different provinces in the Kingdom, followed by shortlisting nominees and choosing the winners to be announced on the 90th Saudi National Day. The winning designs will be implemented by sponsors from the private sector under the supervision of Al Fozan Holding to be inaugurated on the 91st Saudi National Day next year.

Commenting on the occasion, General Supervisor of the Award Dr. Mashari Al Naim stated: “This interactive annual national award promotes innovation and the creation of new ideas, and it expresses national unity and patriotism. It also helps enrich the culture of artistic structures in public spaces to add an aesthetic touch to Saudi cities.”

He noted that the creators of the competition are committed to ensuring that the current edition is formative, motivational, and inspiring for upcoming editions. “A total of 14 participants were shortlisted after being divided into two groups. Afterwards, the winners were selected according to additional criteria, that included intellectual strength, originality, visual appeal, composition, and novelty,” he added. He explained that the competition includes two different tracks; one for creating designs to be implemented in a roundabout and the other in a pedestrian walkway or public space.

The initiative by Al Fozan Social Foundation, Mujassam Watan Award is an annual national award that attracts competitive works to be embodied as an actual structure on the National Day every year. The winner of the first round was Al Bairaq Roundabout, which was launched by eXtra in partnership with Al Khobar Municipality in Al Aziziyah Roundabout on the 90th National Day.

Mujassam Watan initiative manages the competition according to criteria for selecting the designs, studying their application from an engineering standpoint, choosing sponsors and supporters from the private sector, and studying implementation contracts and the competence of contractors. It also works in partnership with relevant municipalities to identify appropriate sites, issue the necessary licenses, and provide support processes for implementing and managing the projects.