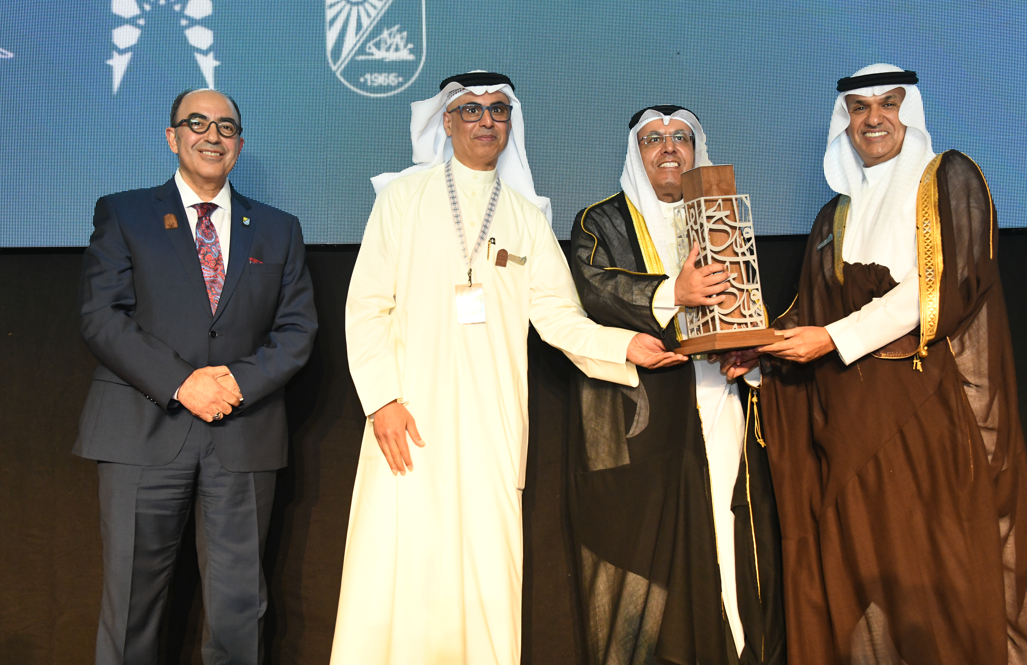 Under the patronage of His Highness Sheikh Ahmad Nawaf Al-Ahmad Al-Sabah, the Prime Minister of Kuwait, the 3rd International Conference on Mosque Architecture kicked off on Monday at Sheikh Jaber Al-Ahmad Cultural Centre in Kuwait City.

Held under the banner The Mosque: A Cross-Cultural Building and organized by Abdullatif Al Fozan Award for Mosque Architecture and the Faculty of Architecture at Kuwait University from 14-16 November, the conference aims to promote the growth and development and foster greater awareness of mosque architecture on a global level.

“I am delighted to be taking part in the 3rd International Conference on Mosque Architecture, which brings together top scientists, experts, and intellectuals on a global stage in Kuwait to discuss current affairs in a fast-changing world,” His Royal Highness Prince Sultan bin Salman bin Abdulaziz, the President of the Board of Trustees of Abdullatif Al Fozan Award for Mosque Architecture, said in remarks he made remotely, in a great gesture that shows his appreciation of the conference. “I am proud to be part of the Abdullatif Al Fozan Award for Mosque Architecture, and we always reiterate that it is important to create pleasant, positive and meaningful experiences for mosque visitors, especially for younger generations, as it is meant to be a center for learning and the exchange of knowledge. We are gathered here at this conference today to discuss socioeconomic, technological, and environmental challenges that affect the role of the mosque among its immediate community. Mosques have grown even more important today, and their architecture has become more vital than ever owing to the pivotal and direct role it plays in our daily lives.”

Dr. Hamad bin Abdulwahab Al-Adwani, the Kuwaiti Minister of Education and Minister of Higher Education and Scientific Research, mirrored the sentiments of HRH Prince Sultan. “I am happy to convey to you the greetings of His Highness Sheikh Ahmad Nawaf Al-Ahmad Al-Sabah, the Prime Minister and Patron of this event, who has honored me by delegating me to attend the opening ceremony on his behalf,” said Dr. Adwani in his address. “It gives us pleasure that the 3rd International Conference on Mosque Architecture is being held here in Kuwait, and we are happy to host such a distinguished group of scientists and researchers.”

“This conference, hosted by the Faculty of Architecture at Kuwait University, in collaboration with Abdullatif Al Fozan Award for Mosque Architecture and the Kuwait Society of Engineers, will devote its multiple sessions to the discussion of the latest developments in mosque architecture, the future of mosque design, the spiritual aspect of the mosque, and the role of mosques in their respective communities today and in the past.”

In his opening address, Dr. Mashary bin Abdullah Al-Naim, the Secretary General of Abdullatif Al Fozan Award for Mosque Architecture, thanked Kuwait for hosting the third iteration of the conference, and offered his special gratitude to His Highness the Patron of the conference, as well as to Dr. Adwani and Dr. Mohammed Zainal, the Secretary General of Kuwait University, for their presence at the event. Al-Naim also thanked Abdullah Al Fozan, the Chairman of the Board of Directors of the award for attending the conference and lending his generous support to the event.

Al-Naim also thanked the award’s partners for their indisputable role in making this conference a tremendous success. He added that the previous iterations of this conference were successful in transcending geopolitics, embracing local cultures, and repurposing them to be inclusive.

“Since its inception,” Al-Naim went on, “the award has always had an ethos of connecting intellectuals with professionals and academics, creating a balance between the three aspects through a multitude of initiatives that changed prevailing perceptions and created new thinking around the culture of building mosques, driven with patience, perseverance, vision, and faith in our objective.”

The third iteration of the conference, Al-Naim pointed out, is a continuation of a series of intellectual discussions started by the award, which not only rewards winners but also creates a different intellectual and scientific environment that fosters new generations of creative architects who see mosques from a different perspective and employ new technologies to solve many issues facing mosques, eventually forming a culture of mosque architecture that speaks to the future.

In its current iteration, the conference brings together top architects and researchers in mosque architecture and art from all over the world, with the aim of highlighting the importance of scientific research in the development of mosque architecture.

Concurrently, the second panel judgment session of the fourth round of the award will be held, where the panelists are set to select winners from this round’s shortlist, with the names scheduled to be announced in Riyadh next March.

The conference comprises three workshops, five plenary sessions, and 10 scientific discussions, with 42 scientific papers on three topics to be discussed. While one of the papers will cover mosque architecture from the perspectives of global contexts and local traditions, nine others will delve into the spiritual aspect of mosque architecture, whereas 12 papers will discuss multiple technologies in mosque design and construction. The who’s who of renowned architects, Islamic artists, researchers, and academics are participating in the event.

The conference is a product of the Abdullatif Al Fozan Award for Mosque Architecture, which Sheikh Abdullatif bin Ahmed Al Fozan launched in 2011 as an initiative of the Al Fozan Social Foundation. The initiative aims to develop mosque architecture around the world and enhance its appeal on the local, regional, and international levels in partnership with major global architectural houses. The latest iteration of the conference is a continuation of the previous two, held in Dammam in 2016 and Kuala Lumpur in 2019, respectively.