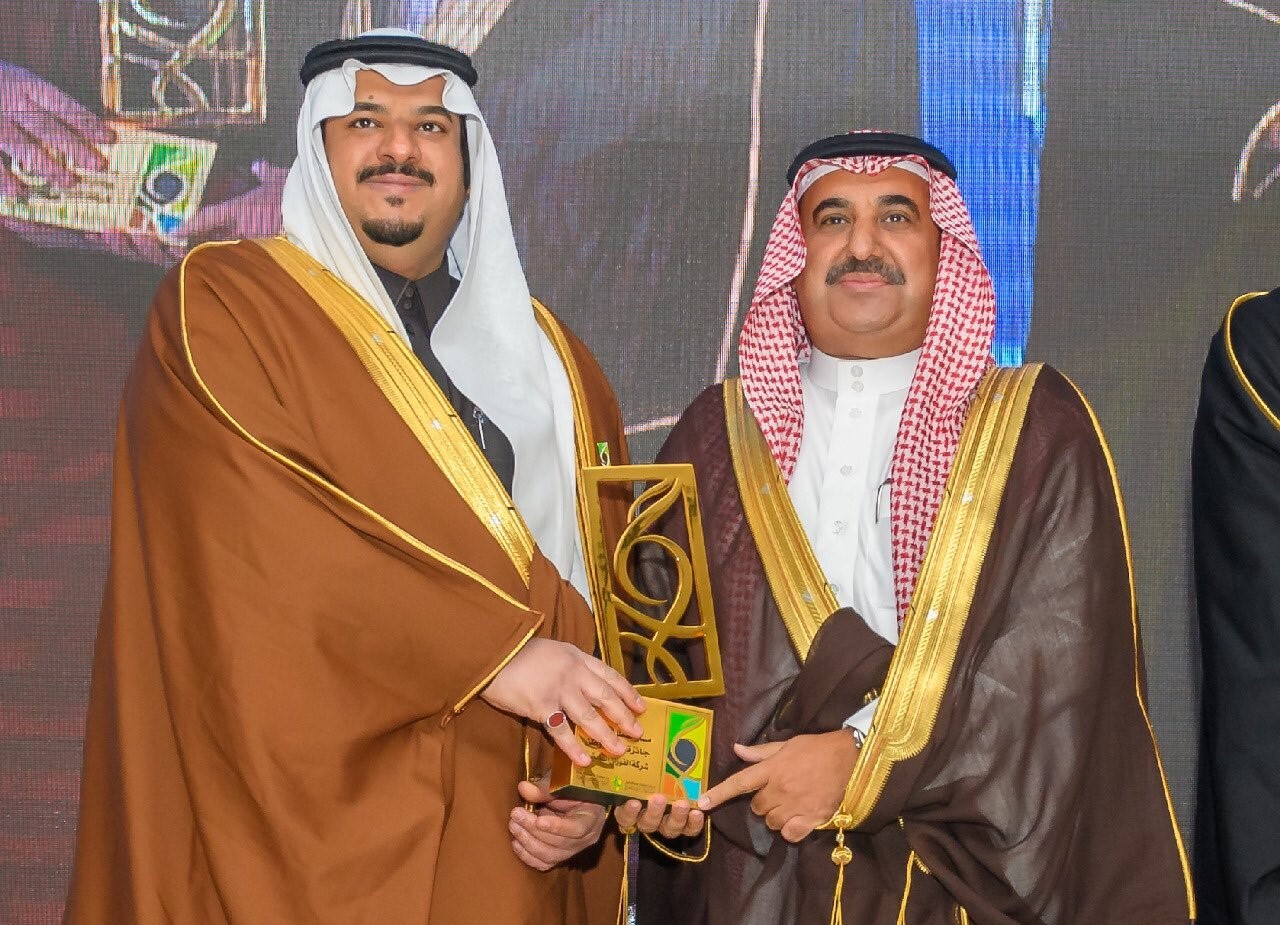 Under the patronage of His Royal Highness Prince Faisal bin Bandar bin Abdulaziz, Governor of Riyadh Region, and in the presence of His Royal Highness Prince Muhammad bin Abdulrahman bin Abdulaziz Al Saud, Deputy Governor of Riyadh Region, the King Abdulaziz Center for National Dialogue held an honoring ceremony for the winners of the National Dialogue Award in its first edition.

Al Fozan Holding Company, represented by the Al Fozan Social Foundation, was honored in the path of excellence in dialogue for the private sector for its social initiative (Mujassam watan), out of 176 entries that included branches governmental institutions, civil society institutions and individual’s branch.

He praised the interest of the government of the Custodian of the Two Holy Mosques to motivate the private sector to launch social initiatives and projects that contribute to the development of Saudi cities and add aesthetics that enrich the quality of life. This confirms the leadership’s interest in the creative national youth, and the role of the state in motivating the talented to contribute to enrich the creative and artistic movement.

He also praised the role of the King Abdulaziz Center for National Dialogue in stimulating such distinguished initiatives that are in line with the objectives of the Kingdom's Vision 2030, and its aspirations for an urban renaissance and modern projects that reflect the cultural and historical heritage of the Kingdom and reflect on the way of life in Saudi society.

The Chairman of the Board of Trustees of the King Abdulaziz Center for National Dialogue, Dr. Abdulaziz Alsebail, explained in his speech that the award is a community initiative, recently adopted by the Center, as part of its strategic plan adopted by the Board of Trustees, to achieve more interaction with government institutions, the private sector, civil society, and individuals, to thank and appreciate them for the initiatives that contribute to strengthening the values of dialogue in society, in line with the spirit of the age and its developments, and in keeping with the comprehensive renaissance of the country.

It is noteworthy that 176 entities competed for the award, including 95 for individuals, 57 for the government sector, and 17 for civil society institutions, while the private sector's share was 7 participants.

Mujassam Watan is one of the initiatives of the Al Fozan Social Foundation, it is an annual national competition that aims to shed light on the talents of young people by giving them the opportunity to compete to design a creative artwork in an unprecedented symbolic style that expresses national unity, the history and culture of the Kingdom of Saudi Arabia. The winning designs are implemented to be well-established landmarks in one of the squares or public areas in the Kingdom every year on the Saudi National Day.