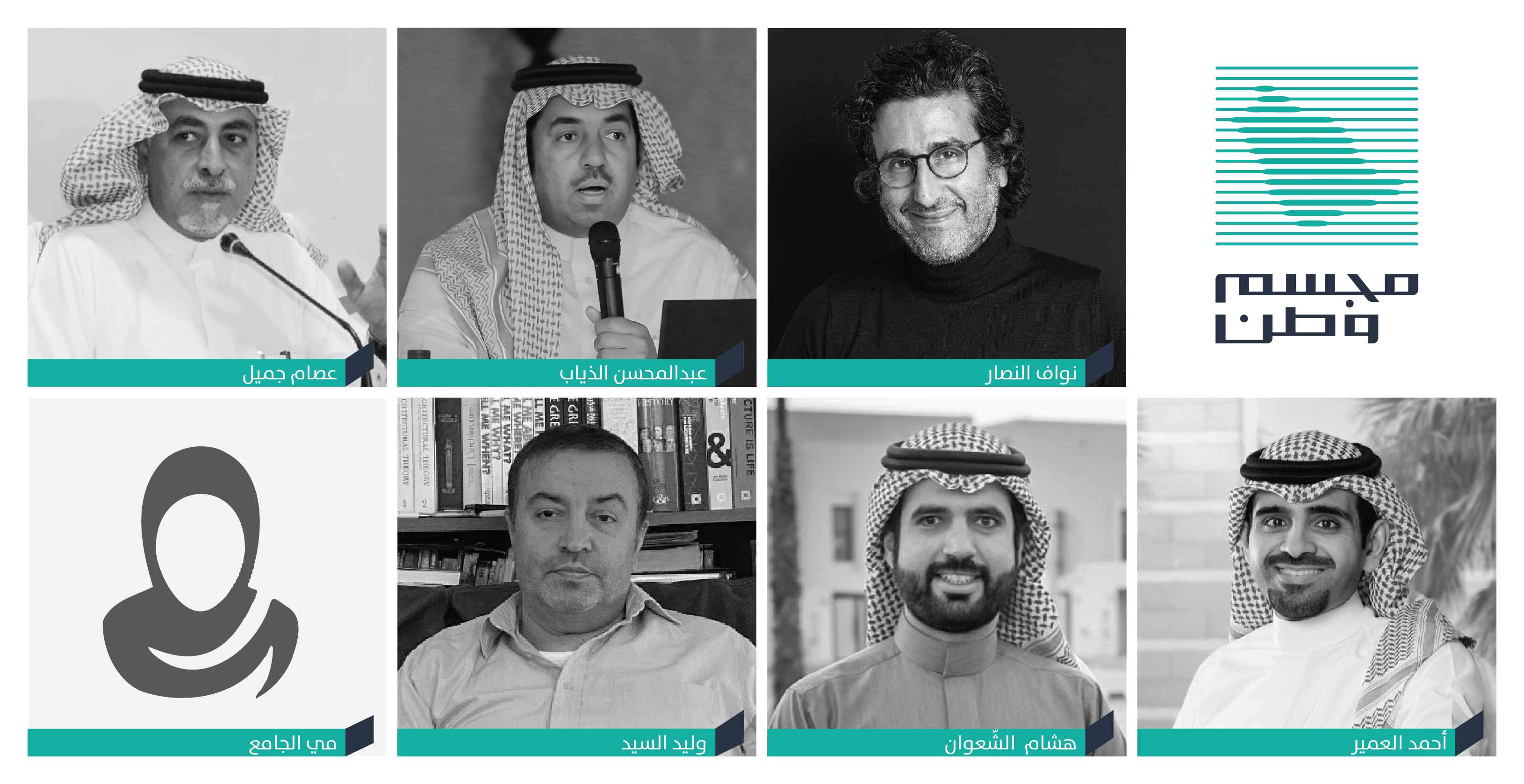 Mujassam Watan Competition has announced the names of the members of the jury for the third season consisting of seven members. The jurors have various engineering, technical and administrative experiences that will contribute to achieving the objectives of the competition in terms of selecting the winning project that contribute to enhancing the quality of life for the Saudi city with transparency, accuracy, and impartiality. The jury consists of the following members:

1- Abdulmohsen Al Theyab is a Saudi architect, graduated from King Saud University, College of Architecture and Planning in 2003, owner of an architectural firm and a non-permanent lecturer in some Saudi universities.

2- May Al-Jamea, Vice Dean for Sustainable Development Affairs at the Deanship of Community Service and Sustainable Development at the University of Imam Abdul Rahman Bin Faisal and Assistant Professor at the College of Design. She has a PhD in Architecture, University of Westminster, London, She is interested in the field of national heritage preservation and sustainable development and has many contributions in the volunteering field in addition to the organization of cultural and engineering initiatives.

4- Walid Al-Sayed is a writer, researcher, academic lecturer and architectural critic, residing and working in London since the 1990s. He has a series of books, writings, articles and scientific research that spans over a quarter of a century on critical and analytical topics related to art, architecture, society, planning, urban design and architectural preservation, in addition to a set of architectural and urban designs.

5- Essam Jamil is a sculptor and designer who has produced more than 100 sculptures of various shapes and sizes for display in many Arab and foreign countries.

6- Ahmed Al-Omair is currently the Director General of Corporate Communication and Social Responsibility at Al Fozan Holding Company. He also supervises the communications and marketing of its non-profit companies and institutions.

7- Hisham Al-Shawan is an architect working in the urban field and has worked for major companies in the Kingdom of Saudi Arabia. For the past two decades, he has been the General Manager of Nesaj Project Management Company.

It is noteworthy that the work in this session lasted for ten months, during which there were several stages, including opening registration, receiving participations, and shortlisting projects. The third season will witness the selection of a winning design to be implemented in the capital, Riyadh, and the names of the winners will be announced on the upcoming 91st National Day.