'Future mosque designs should cater to changing lifestyle of congregation' 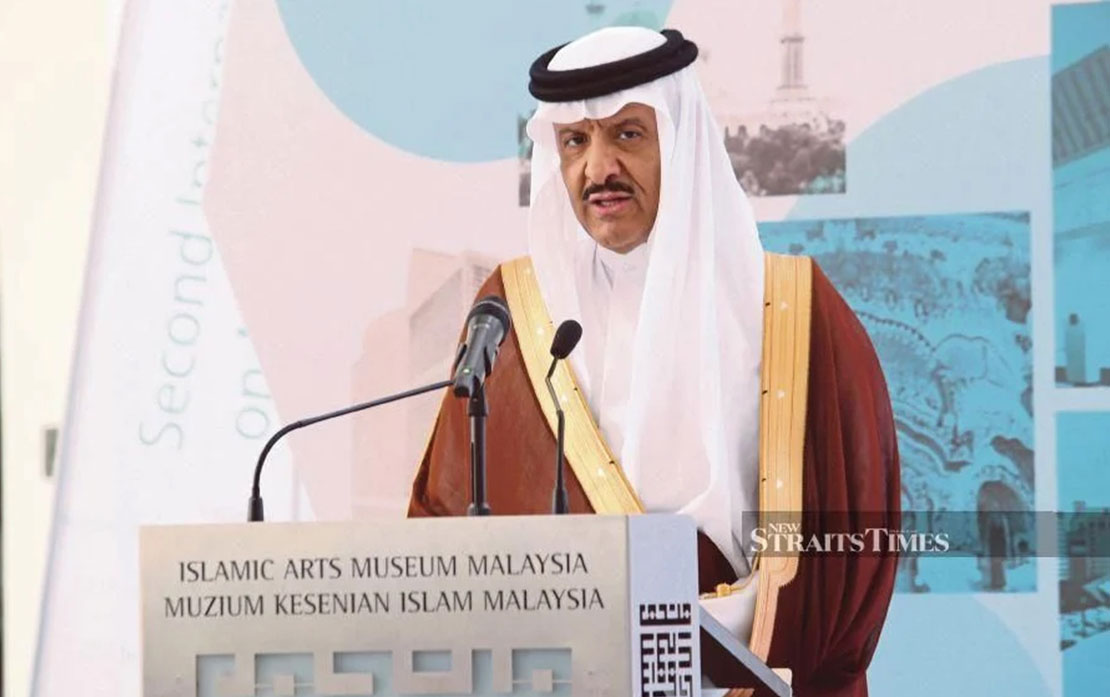 KUALA LUMPUR: The design of a mosque in the future should consider the changing lifestyle of the people and landscape of where it is being built.

Prince Sultan Salman Abdulaziz Al Saud of the Kingdom of Saudi Arabia said that these aspects needed to be looked into to revive the functions of a mosque within a community.

He said this while emphasising the fact that the mosque was an important institution in Islam.

“I emphasise my interest as a Muslim and a citizen of the land of the Two Holy mosques where mosques are our first priority.

“There should be an integrated system that ensures the participation of families and young people in the service of the mosque as their basic duties,” said Prince Sultan, who was speaking in his capacity as a board of trustees chairman for the Abdullatif Al Fozan Award for Mosque Architecture (AFAMA).

He said this during the opening ceremony of the Second International Conference on Mosque Architecture and AFAMA Exhibition which started today at the Islamic Arts Museum Malaysia.

He said a special code that regulates the construction, design, maintenance and services related to mosques should be established.

“This will ensure they become modern structures that make optimal use of energy and resources. This will allow mosques to carry out their missions at lower costs but higher performance.”

Prince Sultan said the special code for mosques will contain guidelines for future builders and architects, and it will likely be ready by next year.

“It will be developed by the Al Fozan Award in cooperation with a Saudi ministry,” he said, adding that input would be sought from academics and mosque construction consultants.

He said when building a mosque, consideration should be given to the environment, maintenance and accessibility. It was also important for mosques to cater to the current lifestyle of youths, who were active on social media, while providing a clean and comfortable space for them and every one else.

Meanwhile, AFAMA 2019 secretary-general Prof Mashary Abdullah Al-Naim said a proposed code for mosque design and construction would greatly help whenever a mosque was being built in multiracial community setting.

He said that by having a proper code for design, it will better facilitate the construction of various facilities at the mosque.

“For instance, a design code could address issues related to the volume of azan or call to pray. It can even address issues with an imam and his communication with the congregation at Friday prayers.

“There was also a need to change any negative perceptions surroundings mosques due to previous bad incidents. The mosque is always a house of peace, to gather and to connect the people,” he said.

The three-day conference (Nov 25 – Nov 27) is held under the patronage of Prince Sultan. It was organised by the AFAMA, in cooperation with several partners in the government of the Kingdom of Saudi Arabia, Malaysian government and the International Islamic University Malaysia.