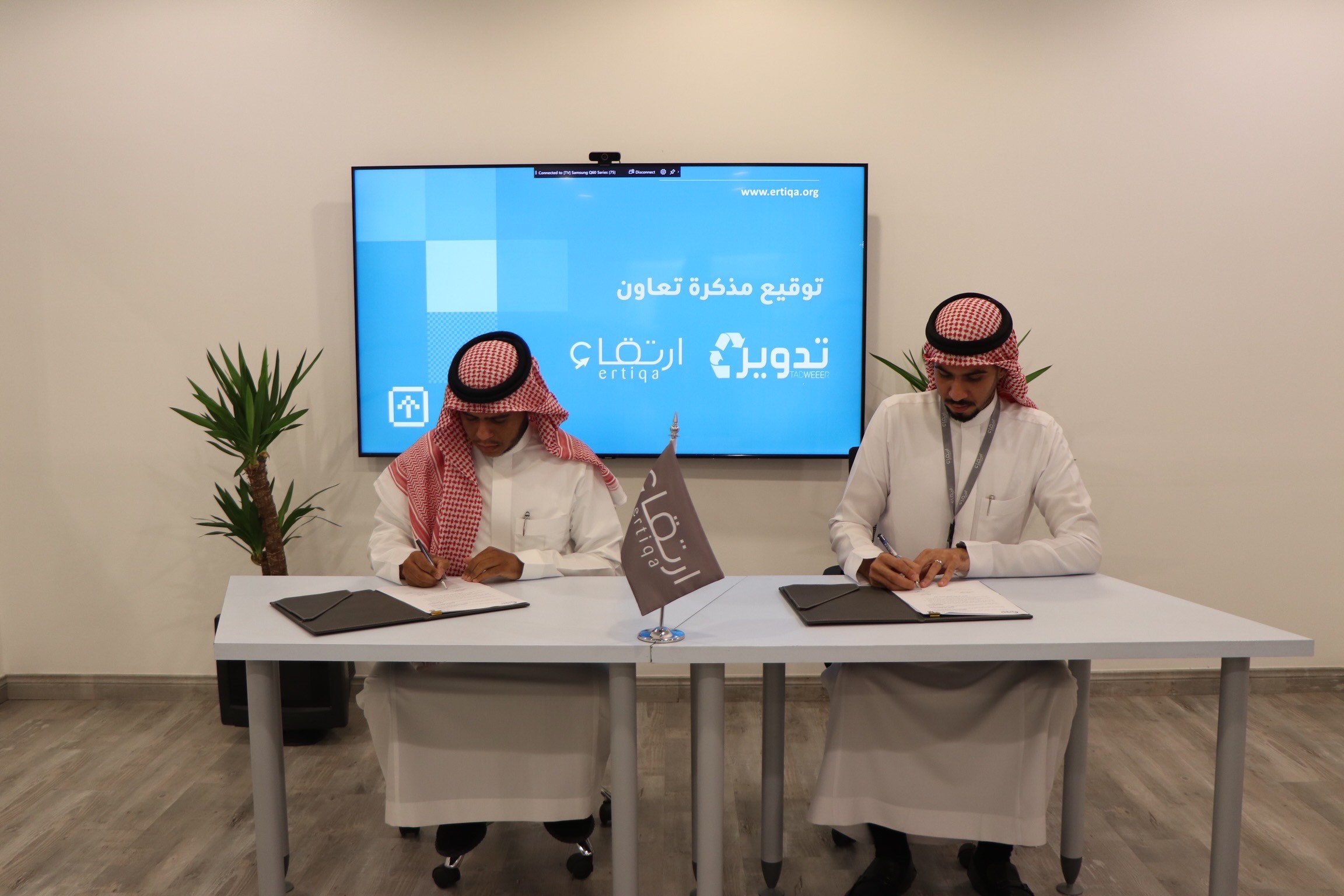 Ertiqa, the computer refurbishment charity established by Al Fozan Social Foundation, signed a memorandum of understanding (MoU) with the National Environment Recycling Company (Tadweeer) at Ertiqa’s headquarters in Al Khobar on 23 August. The MoU was signed by the General Supervisor of Ertiqa, Mr. Omar Alshaybani, and by the Managing Director of Tadweeer, Mr. Abdullah Al Masoud, on behalf of Mr. Nasser Aldueb, the CEO of Tadweeer. The agreement aims to fulfill the Vision 2030 objectives to protect the environment.

Alshaibany explained that the agreement stems from both parties’ commitment to fulfilling their responsibility towards the community by preserving digital resources, adding that Ertiqa and Tadweeer would strive to promote recycling and environmental sustainability through joint awareness campaigns and social initiatives. He said that Tadweeer would recycle the electronic waste from computers unsuitable for refurbishing.

For his part, Aldueb said that the agreement between both entities is in line with the government’s efforts to promote sustainable development, adding that the partnership will enable both parties to contribute to the ‘Green Saudi’ initiative. He noted that one of the objectives of Green Saudi is to eliminate landfills and promote recycling to enhance environmental sustainability and embrace the circular economy, a key component of which is the recycling of electronic waste. He also said that the agreement seeks to spread awareness in the community about the importance of recycling electronics and protecting the environment.