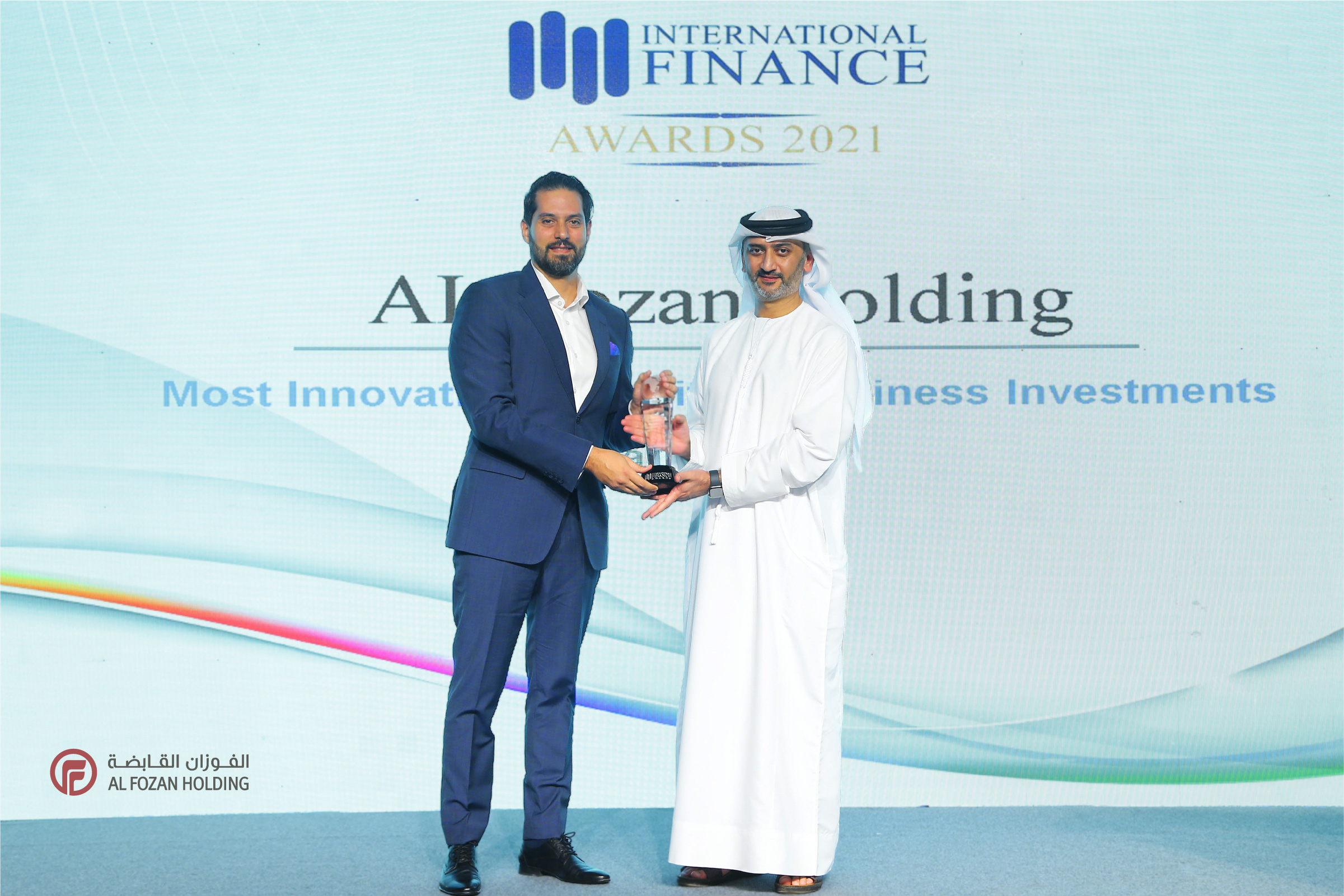 Al Fozan Holding Company received the Most Innovative and Diversified Business Investment Award, presented by the International Finance Magazine, for its role in managing and establishing a diversified investment portfolio that contributes to supporting the Saudi economy and enriching the community, which made Al Fozan Holding one of the fastest-growing success stories in the Kingdom of Saudi Arabia and the Gulf and the Middle East.

Al Fozan Holding won the award for creating a diversified investment portfolio in essential fields such as trading, real estate development, manufacturing, and retailing, through which it achieved many successes widespread.

In addition, the company has invested in the social aspect through qualitative initiatives and specialized programs that have empowered the community, served the economy and the environment, and helped stimulate creativity and innovation in the fields of preserving grace, education, technology, culture, and many more.

Al Fozan holding deserved the award in recognition of its efforts to diversify the investment portfolio to impact societies and individuals positively. The award encourages investment initiatives and activities based on positive values worldwide.

Head of Investment in Al Fozan Holding, Mr. Adel Merheb, received the award on behalf of the company, stressing the happiness of the company’s employees and praising their role, outstanding performance, dedication, and commitment to the company’s values and legacy, which contributed to these successes that transcended the borders of the Kingdom and enhanced the company’s reputation in the regional and global surroundings.

He also indicated that the award represents an incentive for the private sector and family businesses to play a leading role in launching projects that support economic diversification and create opportunities that enhance the attractiveness of the Saudi market to foreign investments.

It is one of the largest family businesses in Saudi Arabia, and it has established a diversified investment portfolio that includes many sectors during the past 60 years. The company is headquartered in the Eastern Province of the Kingdom of Saudi Arabia, and its scope of business extends to the Arab Gulf countries and the Middle East. It has succeeded in developing and diversifying its operations over the years to become one of the fastest growing success stories in the region.