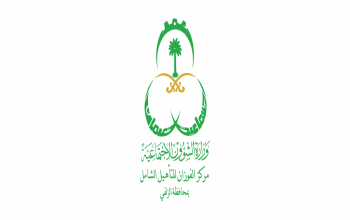 Under the patronage and in the attendance of the Chairman of the Disabled Children’s Association Prince Sultan bin Salman, as well as the presence of the Minister of Social Affairs Dr. Majid Al Qasabi, the Al Fozan Rehabilitation Center will be inaugurated in Al Zulfi tomorrow.

The center is located in the east of Al Zulfi on an area exceeding 20 thousand square meters. Designed to cater to all the needs of differently-abled individuals, it features service buildings and halls, green landscapes and gardens, and break areas for both genders.

Al Fozan Social Foundation relied on the latest construction methods to build the center, making it an architectural masterpiece fully equipped to serve these individuals as needed.

Sheikh Mohammed Al Fozan noted that the attendance and patronage of Prince Sultan bin Salman and Dr. Majid Al Qasabi is a continuation of the constant support of the government of the Custodian of the Two Holy Mosques King Salman bin Abdulaziz to different segments of the Saudi society. He noted that the Prince’s care and support were integral in the implementation of this important project to contribute to the development of Al Zulfi.

Al Fozan thanked God for enabling them to continue this project and hand it over to the Ministry of Social Affairs, which will fulfill its role in rehabilitating and serving individuals in Al Zulfi and neighboring areas. He also expressed his gratitude to everyone who contributed to the project, including the contractors, employees, and consultants, and thanked them for their unlimited support. He noted that the deserved support and attention for Al Zulfi stems from their belief that this is a duty for every person capable of contributing to the support and prosperity of the Kingdom.

The Al Fozan Rehabilitation Center is a specialized rehabilitation platform that represents a comprehensive model in rehabilitating and serving such a precious segment of the community. The qualitative partnership that established the center contributed to transforming it from an idea that started in 2009 to a reality that will rehabilitate an important segment in the Saudi society.

The inauguration of the center is a milestone in the framework of creating an effective system for rehabilitating differently-abled individuals in a specialized center that follows a civilized approach to dealing with different cases.

With construction costs exceeding SAR 40 million, the center seeks to rehabilitate differently-abled individuals by employing state-of-the-art equipment that will remove any obstacles facing rehabilitation programs. It is expected to host more than 240 male and female beneficiaries, and it works on creating rehabilitation programs to raise the level of services provided to this segment in the Kingdom.

Through this project, the Al Fozan Social Foundation sought to present a new culture of social responsibility development through work that enriches the society using leading programs that are both giving and developmental in nature.