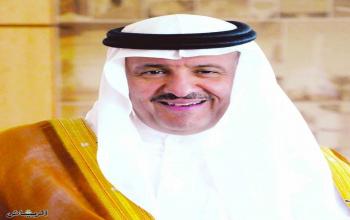 Under the generous patronage of the Chairman of the Board of Trustees of the Abdullatif Al Fozan Award for Mosque Architecture (AFAMA) His Royal Highness Prince Sultan bin Salman bin Abdulaziz Al Saud, the General Secretariat of AFAMA is organizing the second International Conference on Mosque Architecture. Held in Kuala Lumpur, Malaysia on 25-27 November, the conference is organized in cooperation with several partners in the Kingdom of Saudi Arabia, Malaysia, and relevant international organizations.

The upcoming conference is held under the slogan ‘Future Mosque Architecture’ to continue the important scientific project carried out by the General Secretariat of the award to develop mosque architecture on the local, regional, and global levels. The award had previously organized the first International Conference on Mosque Architecture in 2016 in cooperation with Imam Abdulrahman Bin Faisal University in Dammam amidst a rich attendance of specialists and stakeholders in the field of Islamic architecture development in the Kingdom and worldwide. The conference will feature nine keynote speakers and around 45 scientific researches from around the world.

According to the AFAMA Secretariat scientific program, which fosters the development of mosque architecture globally, the conference will be preceded by the international jury meeting for the third round of the award on 20-24 November to evaluate the technical reports on short-listed mosques from the Islamic world and select the winners of the third round. The winning mosques will be announced in March 2020 in a grand ceremony in Riyadh under the patronage of the Governor of Riyadh His Royal Highness Prince Faisal bin Bandar bin Abdulaziz.

Commenting on the conference, AFAMA Secretary General Dr. Mashari Al Naeem noted that the conference is one of the scientific programs of AFAMA, which works on promoting and developing mosque architecture on a global scale within the CSR initiatives of the Al Fozan Social Foundation, which are embodied in the award’s continued support for the efforts of the Ministry of Islamic Affairs, Dawah, and Guidance in fostering mosques; thereby confirming the Kingdom’s role in spreading knowledge and promoting Islamic culture.