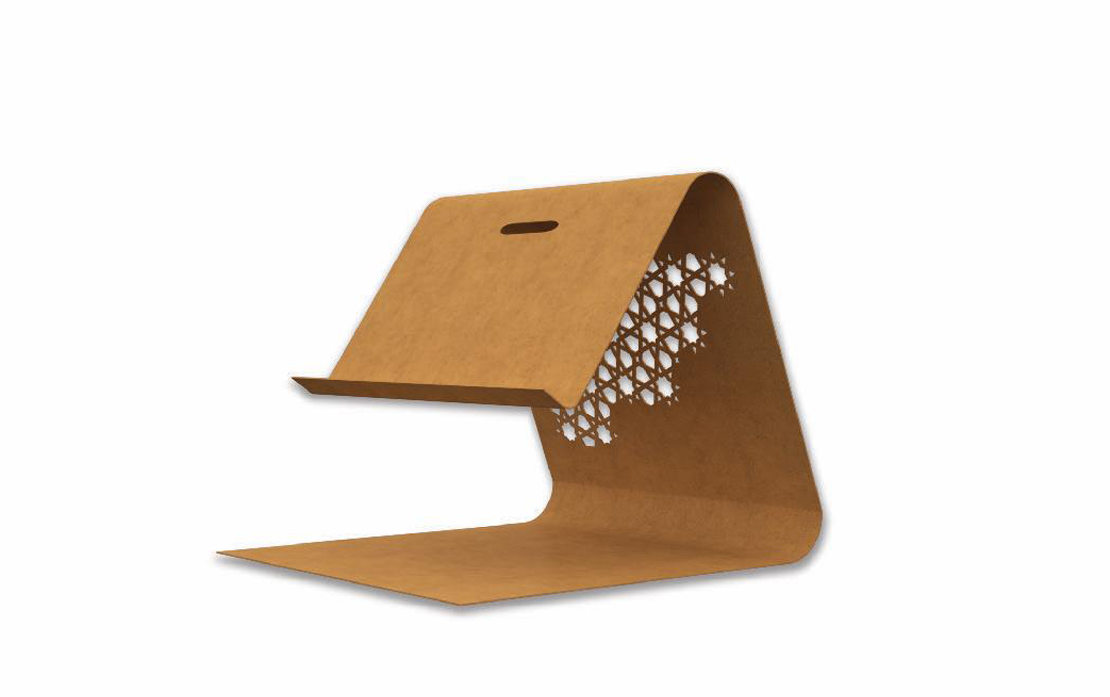 The General Secretariat of Abdullatif Al-Fozan Award for Mosque Architecture announced the winners of the International Innovative Competition  for Mosques accessories organized by the “Secretariat of the Award” in its efforts to develop mosque architecture around the world. On this occasion a virtual ceremony was held on Thursday 16 July 2020 announcing winners, It was followed by Dr. Mashary Al-Naim, Secretary General of Abdullatif Al-Fozan Award for Mosque Architecture, a number of  guests and the families of the award-winning.

During the ceremony, the winner and the honors works were announced , as the Bitar Office, Consulting Engineers from Jordan, won the design of Quran Reading Holder & Prayer Movable Partition. This design has two main functions and has been designed in a way that best suits the purpose of a Quran reading stand suitable for placing the body on the ground, and does not interfere with the knees like the common traditional Quran holders. It also works as a partition that can be easily placed anywhere around the mosque, with the possibility of preserving the Qur’an if someone wants to read from it during prayer. The list of honors included the work team consisting of Alaa Yousef Al-Khatib, Sarah Saleh Al-Qahtani, Hadeel Ziyad Morshed, Hadeel Majid Al-Rakhimi and Wajid Al-Muallem from the kingdom of Saudi Arabia who designed an integrated unit of ablution that helps in rationalizing the consumption of water used by applying the idea of ​​”mod”.

On the other hand Rawan Mohammed Ali from the kingdom of Saudi Arabia came on the list of honors through her creative work on implementing the idea of ​​“Kashwan”, which means in the language of the people of Iraq the person who carries out the profession of preserving the shoes.

Also, Samer Al-Sayyari from Lebanon was also honored for his design of the holder of the Qur’an and Maryam Al-Mutairi from Kuwait for her design entitled Creative Chair. The list also included Yamina Ahmed Zaid from Algeria the creator of the Qur’an holder.

The judging was based on five criteria: design idea, sensory features, basic goals, social goals, the ability for manufacturing and quantitative production.

More than 150 participants from more than 10 different countries around the world participated in the competition, including Saudi Arabia – Bahrain – Kuwait – Egypt – Jordan – Lebanon – Yemen – Algeria – Tunisia – Malaysia – Iraq, they were evaluated by an independent jury and accordingly 47 participants were nominated for the shortlist after the first jury meeting on September 15, 2019 and 6 participants were chosen, including a winner and 5 honors, after the second jury meeting was held from 29-30 June 2020 and the committee was made up of 7 members and they are: Dr. Walid Al Sayed (Committee President), Dr. Nada Al-Nafea, Dr. Ghassan Al-Falah, Eng. Hisham Al Shawan, Mr. Jaafar Al-Arabiyat, Engineer. Sundos Ashi

It is worth noting that the launch of the competition came within the efforts of the award’s general secretariat to attract ideas and designs that contribute to developing the mosque’s services and enhancing its value in the Muslim community; The mosque, in addition to its role as a place of worship, represents its presence as an urban element around which urban growth in the Islamic world is centered throughout the ages.

Abdullatif Al-Fozan Award for Mosque Architecture was established in 2011 as an international platform designed to contribute developing knowledge of contemporary mosque architecture in the world and spreading Islamic culture. The award is concerned with the urban, architectural and technical aspects of the mosque, and the award is given to the engineering office that designs the winning project. The award aims to introduce the distinguished models for designing, constructing and preserving mosques, and disseminating information about those distinguished Islamic models and celebrating them.